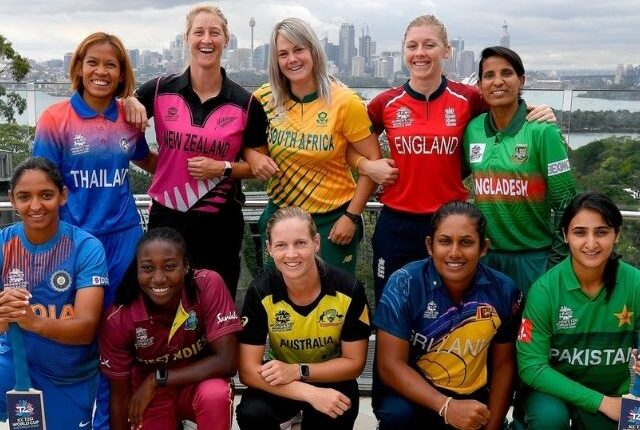 Christchurch: Australia’s 71-run win over the Heather Knight-led England in the ICC Women’s Cricket World Cup at the Hagley Oval on Sunday was a statistician’s delight, as several records tumbled during the course of play — not least the number of titles won by the Southern Stars, who now have a record seven 50-over World Cups in their cupboard.

While it is Australia’s seventh silverware, it is fifth time after 2005, 1997, 1982 and 1978 when they have lifted the trophy staying undefeated throughout the tournament. Australia’s record in ODIs too is unrivalled with the team having won 38 out of 39 matches since the start of 2018, their solitary defeat coming against India in Mackay, Queensland last year.

Australia wicketkeeper-batter Alyssa Healy played an innings for the ages and shattered several records. Her innings of 170 off 138 balls against England is the highest score in the final of any ICC Cricket World Cup (men or women). As she scored a hundred, 129 against West Indies, in the semifinal too, she became the first cricketer in history to score a century in the semifinal and final of the same World Cup, according to ICC.

There was another high-profile innings in the game, albeit in a losing cause, from England’s Nat Sciver, who scored a gritty unbeaten 148 — the third highest score in a World Cup final and second highest in women’s events.

Before the 2022 decider, the only century in Women’s Cricket World Cup finals was by Australia’s Karen Rolton (107 not out) against West Indies in Centurion in 2005.

Healy’s 170 is also the second-highest score for Australia in Women’s ODIs after Belinda Clark’s historic unbeaten 229 against Denmark in Mumbai in 1997.

New Zealand legend Debbie Hockley’s 25-year-old record for most runs in one edition of the Women’s World Cup was also twice broken during the final. First Rachael Haynes (497 runs) toppled Hockley’s tally of 456 runs and then Healy (509 runs) went past both Hockley and Haynes during the course of her 170-run knock.

Healy is the first player to better the 500-run mark in a single edition of the Women’s World Cup. At the end of the group stage, she had only 210 runs. In the two innings in the semifinal and final, she amassed 299 runs.

For the rival side, Katherine Brunt became only the 10th woman in history and third from England to feature in three World Cup finals. Her previous two appearances came in 2017 and 2009. Brunt was part of the England team that won the final against India at Lord’s in 2017 and New Zealand in Sydney in 2009.

The 2022 edition of the World Cup had plenty of thrills with as many as 11 games having extremely close finishes. Sune Luus’ South Africa were the most successful in tight situations, prevailing on most occasions.

All four thrillers involving the Proteas were decided in the final over. Their last group game, against India in Christchurch, was only the second chase in World Cup history that was completed on the last ball.

The final of the tournament witnessed 681 runs across two innings, the second highest match aggregate in the history of the Women’s World Cup.

Australia scored 356 and England 285. The only game that has seen more runs was the England versus South Africa match in Bristol in 2017 when 678 runs were produced.

England who had bowled 31 maiden overs in the tournament, the most by any team, failed to deliver an over without a run in the final. There was no maiden from Australia either making it the only complete 50 overs match in this World Cup without a maiden.

Before Australia’s 356 and England’s 285 in the final in Christchurch, the highest total in Women’s World Cup final was 259 by Australia against West Indies in Mumbai (Brabourne) in 2013.

Surprisingly, Australia didn’t hit any six in their massive total of 356 — the second highest in ODIs without a maximum. The record is also by Australia — 412 against Denmark in 1997.

In the entire tournament, batters combined scored 11,754 runs, a new record for Women’s World Cups. The previous highest tally was 11,656 runs in the 2017 edition. Bowlers also had a good time taking 406 wickets, the most in a Women’s World Cup.