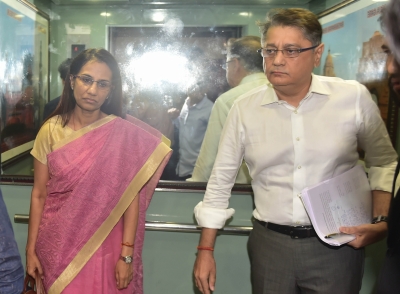 Mumbai: In a relief, the Bombay High Court on Monday granted interim bail to former ICICI Bank honcho Chanda Kochhar and her businessman husband Deepak Kochhar who were arrested by the Central Bureau of Investigation (CBI) in the Videocon loan case and were in custody for the past 15 days.

A division bench of Justice Revati Mohite-Dere and Justice Prithviraj K. Chavan ruled that their arrest flouted the CrPC Section 41A which mandates sending a notice for appearance before the concerned police official.

Accordingly, the court ordered the Kochhar couple’s release on a cash bail of Rs 1,00,000 each.

Arrested on December 24, the Mumbai Special CBI Court had initially granted the Kochhars CBI custody and later on December 29 remanded them to judicial custody.

Soon afterwards, the Kochhars had challenged their arrest in the Bombay High Court which pronounced its verdict Monday.