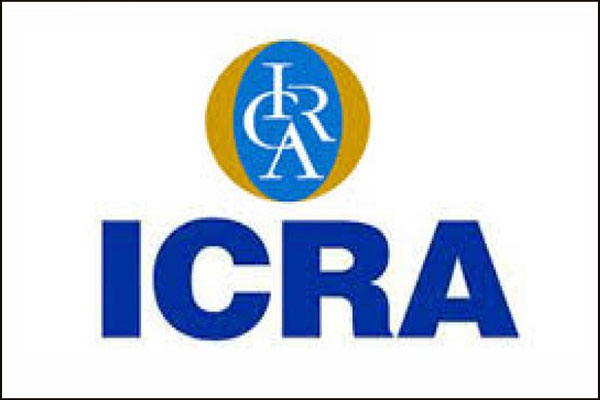 New Delhi: Rating agency ICRA has revised downwards its forecast of India’s 2020-21 GDP contraction to 9.5 percent from an earlier estimate of 5 percent.

The rating agency cited the climbing Covid-19 infections resulting in a spate of localised lockdowns in some states and cities as the reason for the sharp downward revision.

It said that these localised lockdowns are arresting the nascent recovery that had set in during May-June 2020.

“The Indian economy had started to recover from the troughs experienced in April 2020, when the lockdown was at its severest, and many sectors seemed to be adjusting to a new normal. However, the unabated rise in Covid-19 infections in the unlock phase and re-imposition of localised lockdowns in several states, appear to have interrupted this recovery,” Aditi Nayar, Principal Economist, ICRA said in a statement.

“Given the severity of the pandemic and the duration of the safety measures that need to be employed, we now expect a deeper pace of GDP contraction in Q2 FY2021 relative to our earlier forecast. We also anticipate more unevenness, as different regions move in and out of lockdowns, and persisting labour supply mismatches affecting supply chains and consumption patterns.”

According to Nayar, the timeline for a firmer recovery out of the contraction phase is now being pushed ahead to at least Q4 FY2021 from Q3 FY2021.

“This presumes that a vaccine will be widely available by then, which now appears necessary for discretionary consumption to recover in certain sectors such as travel, hospitality and recreation,” she added.

Besides, ICRA expects the Indian economy to have contracted by a sharp 25 per cent in Q1 FY2021.

Given the aforesaid concerns, the ratings agency now expects a shallower recovery in the subsequent quarters, with a contraction of 12.4 per cent in Q2 FY2021 and a milder 2.3 per cent in Q3, followed by an anaemic growth of 1.3 per cent in Q4.

On the positive side, the rating agency expects the rural economy to partly counter the slowdown in the urban economy.

It remains optimistic regarding the outlook for agricultural growth and rural consumption, as it benefits from favourable moisture conditions, seasonally high reservoir levels, and returnee labourers at least in some parts of the country.

“The recovery in tractor sales in May 2020 suggests that rural consumer confidence was relatively insulated during the lockdown. Moreover, the reverse migration of a large portion of migrant workers back to the rural areas, suggests a shift in where consumption will take place at the bottom of the pyramid,” Nayar opined.

However, the rating agency has tempered its expectations regarding the extent of fiscal support that may be forthcoming, given the revenue shock being experienced by various levels of governments.

Bhumi: I am ok with any platform as vehicle of my creative expression