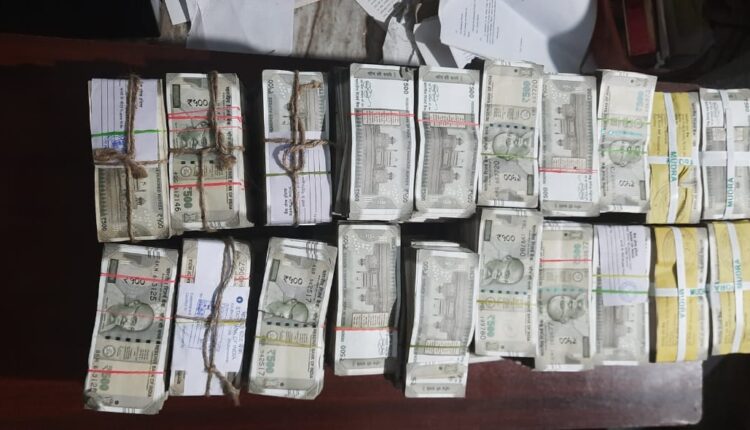 Bhubaneswar: Gaya Santara, Deputy Manager, Industrial Development Corporation of Odisha Limited (IDCOL) has been found in possession of assets worth crores during raids by the Vigilance.

Acting on allegation against him regarding possession of properties disproportionate to his known sources of income, the anti-corruption agency had yesterday carried out simultaneous house searches at multiple places in Bhubaneswar, Nayagarh, Koraput and Rayagada.

The following assets belonging to Santara have so far been traced by the Vigilance officials.

* 1.83 kg gold and 6.75 kg silver unearthed from his residence in Bhubaneswar.

* 13 plots in prime locations of Bhubaneswar, Jajpur and Nayagarh.

Santara has been brought to Bhubaneswar from Sunki, Koraput and was being questioned in connection with the recovery.