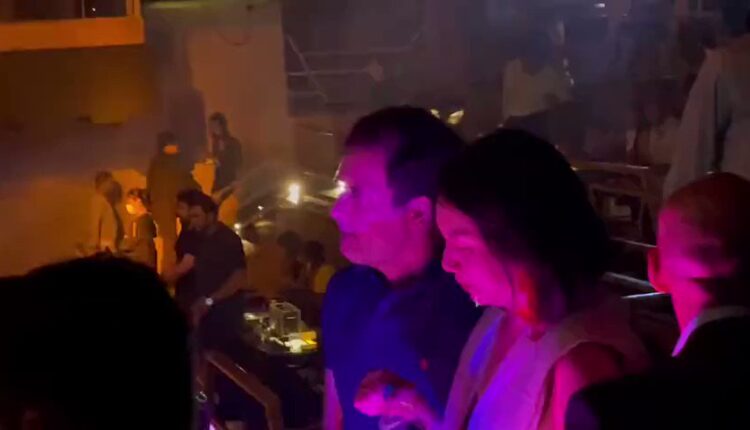 Kathmandu: The quest for a woman who was seen with Congress leader Rahul Gandhi during his recent outing at a nightclub in Kathmandu has triggered widespread interest in Nepal, India, as well as other parts of the world.

Rahul returned to New Delhi on Thursday evening from Kathmandu without making any remarks about his “controversial” visit to a the renowned Lord of Drinks (LoD) nightclub.

After some sections of the Indian media reported that the lady who was drinking together with Rahul was the Chinese Ambassador to Nepal, Hou Yanqi, rumours spread like wildfire.

The ruling BJP launched attacks against the Congress leader, but his party quickly came to his rescue.

Along with two other persons, Rahul arrived in Kathmandu on Monday to attend the wedding ceremony of his old friend, Sumnima Udas.

IANS has obtained the details of the Congress leader and the two other persons — Subramaniam Gandhi and Kalavati Gandhi — from Nepal’s Department of Immigration.

According to the information provided by the Department to IANS, Rahul was carrying an ordinary Indian passport, as well as Subramaniam Gandhi and Kalavati Gandhi.

On Monday evening, Rahul was spotted in LoD with some friends, including the woman who had Asian features.

But in a report on Friday citing Department of Immigration sources, Nepal’s largest newspaper, Kantipur National Daily, said the woman was Portuguese with Indian origin and is believed to be pursuing higher studies in the US.

After the controversy on Monday night, Rahul Gandhi attended the marriage ceremony of Sumnima on Tuesday evening and left for a resort near Kathmandu to spend the night and the next day.