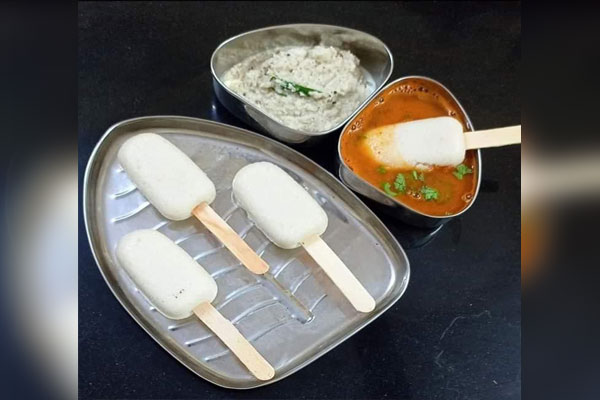 Bhubaneswar/Bengaluru: Travel to any corner of India and you will find idli on the menu of any eatery you stop by. It’s a staple breakfast for many people in the country. So, when it comes to experimenting with this particular dish, there are chances not everybody would like it.

Today, Twitter is obsessing over idli for a slightly different way of it being served. An eatery in Bengaluru is serving traditional idli on sticks with sambar and chutney and this has sparked a debate among tweeps.

Anand Mahindra, Chairman of Mahindra Group yesterday shared a photograph of a plate of idli on sticks and asked people on the micro-blogging platform to share their opinions on the latest innovation.

“Bengaluru, India’s innovation capital can’t stop its creativity from manifesting itself in the most unexpected areas… Idli on a stick—sambhar & chutney as dips…Those in favour, those against??” he wrote.

Bengaluru, India’s innovation capital can’t stop its creativity from manifesting itself in the most unexpected areas… Idli on a stick—sambhar & chutney as dips…Those in favour, those against?? pic.twitter.com/zted3dQRfL

A section of tweeple strongly opposed the latest invention for its shape and way of serving saying that it jeopardizes the aesthetics of the dish. They also went on saying that Indian food is best eaten with bare hands. While, others opined that it was a good idea in terms of hygiene, especially when it comes to kids.

Here are some reactions:

I don’t knw why so much hate on food,I found this very interesting infact it’ll reduce cost to wash spoons and the man power,on top of that you would have it by your hands also it doesn’t cause you anymore.. all this to understand just need a creative mind and willing fr change.

Indian food is best eaten with hands only. Anything else is criminal.

This is how Idlis should look. I don’t favour any other shape pic.twitter.com/ClUKbSWzah