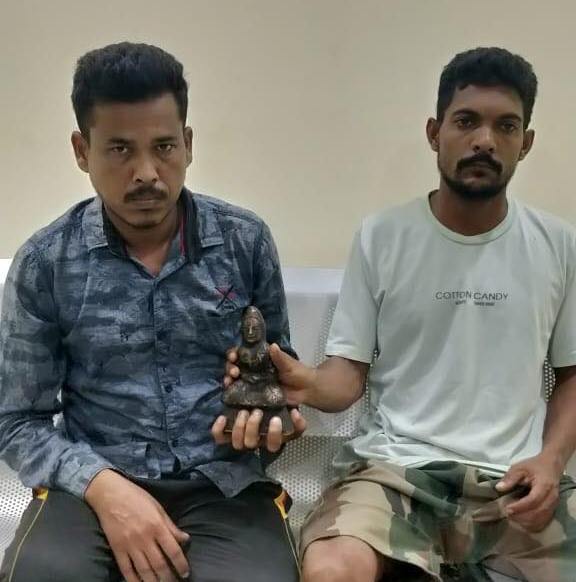 The accused have been identified as Yusuf Mirza (32) alias Litu and Amir Khan (29), residents of Kareni village under Chandaka police limits.

The cops apprehended the two for illegal possession of an antique astadhatu idol weighing 5 kg. A case has been registered and the accused forwarded to court.

Earlier, STF team had raided the house of one Sayed Ziulnur in Odisha capital on Feb 12 and seized two idols made of astadhatu weighing 18.440 kg and 12.60 kg, valued around Rs 2.5 crore in international market, from his possession.

An STF official had revealed that Zuilnur and his associates procure such valuable idols from various temples to sell them for pecuniary gain.

The Crime Branch is on alert to nab other associates involved in this racket, which is also believed to have international links.