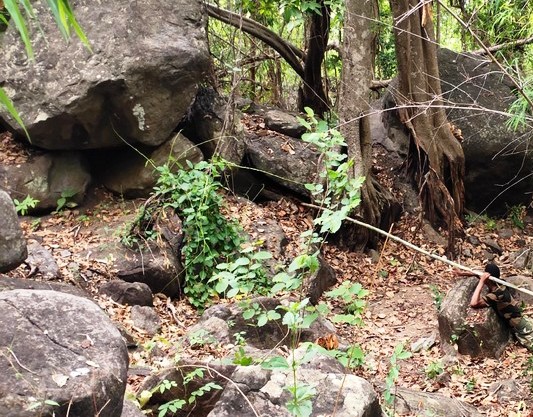 Malkangiri:  An Improvised explosive device was recovered from the foothills of Bejangiwada village in Malkangiri district by BSF Jawans yesterday.

Besides, four bags of Gelatin sticks were recovered from a rocky crevice near Tekguda village Kalimela police limits in the district.

“Based on a specific input, an operation was launched jointly by Border Security Force (BSF) and Malkangiri police. While searching the area in the foothills of the Bejangiwada RF, an unarmed Tiffin IED and four bags of Gelatin sticks (total 736 Gelatins weighing 89 Kg) were recovered from a rocky crevice near Tekguda village,” said an official statement issued by the BSF.

Security personnel in the area are further searching for such hideouts in Bejangiwada RF and other nearby forest areas, said BSF.

“Security forces in the region are on high alert. This effort would certainly demotivate the Maoist sympathisers and enhance public support for the security forces. Kalimela was once a Maoist hotbed and Bejangiwada RF used to be the hideout of the ultras and their sympathizers. Maoists used to hide IEDs, explosives and other related materials in the areas,” the statement added.

Explained: Why e-vehicles as public transport in Odisha Capital not to make much difference in lessening pollution?