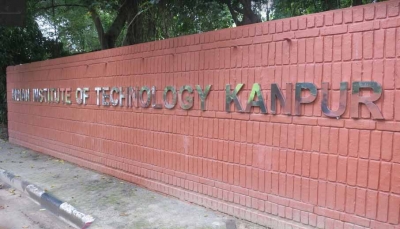 Kanpur: The Indian Institute of Technology (IIT) Kanpur will showcase 12 critical R&D projects across domains at the IInvenTiv, the mega R&D Showcase among the IITs, to be held from October 14-15 at IIT Delhi.

According to an official release, the event would mark the first instance where all the 23 IITs would come under one platform to highlight India’s global R&D prowess and to seek more collaborative avenues among state universities and institutes, industry, and the IITs for ensuring holistic research and developmental implications, covering the grassroots level.

The inaugural session will be graced by union minister Dharmendra Pradhan, as the chief guest.

IInvenTiv will have six showcase projects and 75 projects in total on diverse themes.

Prof. Abhishek from the Department of Aerospace Engineering, IIT Kanpur, will moderate the Drone Technology Showcase, where he would lay emphasis on IIT Kanpur’s R&D works in the domain and would highlight how IIT Kanpur is leading as one of the only institutes to have expertise in all the three UAV types – fixed wing drones, flapping wing drones, and unmanned rotor-wing/helicopter drones.

IIT Kanpur also boasts of some leading drone start-ups such as, EndureAir, VTOL Pvt. Ltd., to name a few.

In terms of 5G, IIT Kanpur developed the Baseband Unit (BBU) of the 5G NR base station under the multi-IIT project funded by the Department of Telecommunications, Govt. of India, for developing an indigenous 5G Testbed for India.

Prof. Abhay Karandikar, Director, IIT Kanpur said, “As India sprints towards the Amrit Kaal, critical R&D across sectors is the need of the hour. At IIT Kanpur, we have always had a front-foot approach when it comes to research and innovation at the national as well as grassroots level. We are glad to be featuring twelve of our projects at IInvenTiv and to lead the drone and 5G technologies showcases.”

The selection of the 12 projects for IInvenTiv also makes IIT Kanpur the institute with highest-approved projects for the showcase.

The two-day fair would bring representatives from IITs, and several other higher educational as well as small-town institutions; the industry, and government institutions, together.

The mega R&D showcase commemorates the 75 years of India’s Independence as part of Azadi ka Amrit Mahotsav, and is aligned with the Atmanirbhar Bharat, Make in India, and Digital India initiatives.

This fair is also aimed at being annual affair to seek out collaborations among the state institutions, industries and the higher academia for futuristic research and innovations.