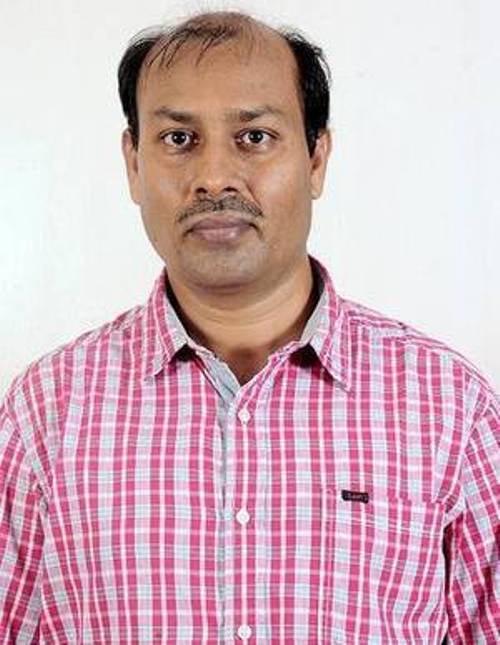 Bhubaneswar: In a major breakthrough in scientific research in India, a team of researchers at Indian Institute of Technology (IIT) Madras including Professor Dillip Kumar Chand from Odisha built a rare star molecule that can be used for drug delivery.

Another researcher from Odisha Soumyakant Prusty, who is pursuing PhD under Prof Chand, was also part of the team in building the new molecule.

The molecule that looks like a five-pointed star with its tips truncated is the marvel creation of synthetic chemistry.

The molecule has a number of holes that can be used in various chemical processes especially in drug making.

The team of researchers built the molecule using three components — palladium (II) which can bind to molecules at four places 90 degrees apart, the second is the molecule 4-4’-bipyridine which is like a rod that can bind at its two ends. The third molecule 1,4-phenylenebis(methylene) diisonicotinate which is like a stick bent twice along its length and can bind to two molecules at its two ends, Prof Chand said.

He described palladium(II), one of the three components used in making of the star molecule, as unusual and new.

Binding palladium(II) to two different ligands was never experimented before. Using a rigid rod-like ligand usually yields a square arrangement. However, in this case it yields a pentagonal star-like arrangement, he explained.

As the researchers had anticipated a pentagonal architecture, it excited them to put all their efforts to reach the conclucsion and achived success in the project. There are many natural pentagonal structures. However, among chemicals the pentagonal structure is very rare, said Prof Chand.

The team is now planning to make different variations of this star molecule design and use the cavity for binding drug molecules and transport them to required sites, he added.

Born to Lingaraj Chand, a resident of Lupursingha village under Atabira block in Bargarh district, Prof Chand had bagged a gold medal after successfully completion of his Masters degree in Chemistry from Sambalpur University in 1992. Later, he cleared his PhD degree from IIT Kanpur. He had also pursued advanced courses in Chemistry from Germany and Japan. He has been working at IIT Madras since 2003.