IIT, NIT pass-outs to teach in backward areas of Odisha 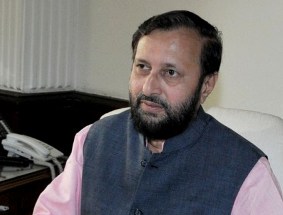 New Delhi: More than a thousand pass-outs from premium institutions including the IITs, NITs and IIITs have been roped in to teach at engineering colleges in backward areas in Odisha and other states across the country, Union Human Resources Development Minister Prakash Javadekar said on Wednesday.

“A total of 1,225 candidates have been selected after a rigorous selection process. Each teacher will be paid Rs 70,000 per month and they will train the youngsters for the next three years,” Javadekar told reporters here.

The measure has come under the Technical Education Quality Improvement Project (TEQIP-III), a World Bank aided initiative of the Ministry, at the cost of Rs 2,300 crore.

He said these bright minds will bring with them openness to innovation, new methods of teaching, enthusiasm and would act as “agents of change”.

The Central government is planning to spend about Rs 375 crore over three years on this initiative.

“Underdeveloped status of these states has a reason — lack of education. Not many good teachers are ready to go to these far-flung areas to teach… surveys have also shown it. That is why some of these places have a teacher vacancy of as much as 60 per cent.

“We hope that these teachers would contribute to the entire educational eco-system of the backward areas, apart from promoting a start-up culture among students,” the Minister said.

The selected faculty are coming from 369 districts of 26 states, “bringing an all India character to these backward colleges”, he said.

Javadekar said a public appeal was given to M.Tech and Ph.D students from the institutions to express interest to work in these backward areas and serve the nation.

“There was an overwhelming response and more than 5,000 highly qualified persons applied. The interviews were conducted in 20 NITs by setting up expert teams.

“The entire process has been completed through a competitive and rigorous process over two months,” he said.

The status of the teachers would be that of contractual employees, however “if they choose to, they can continue teaching after the three year project”, Javadekar said. (IANS)

All NHAI toll plazas to have toilets