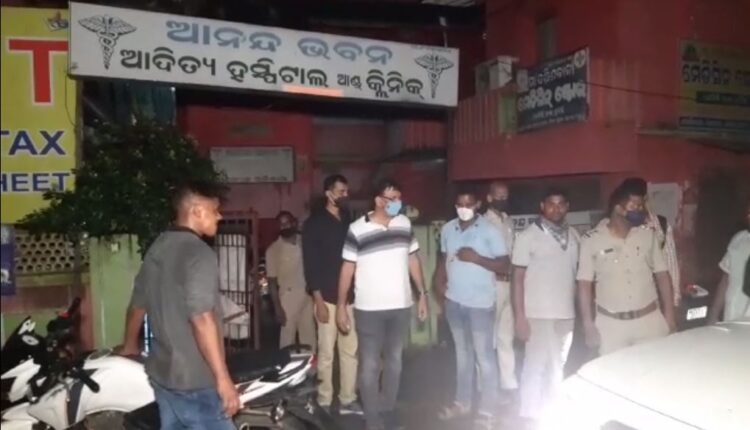 Nayagarh: In yet another case of illegal abortion, a private clinic in Nayagarh town was raided for allegedly performing termination of a pregnant woman during her four months of pregnancy. The Town Police arrested five persons today in connection with the case.

After getting reliable information and Nayagarh Collector directed the local administration to inquire the matter, a team of health officials searched the ‘Anand Bhawan Aditya Hospital and Clinic’ located close to the Nayagarh District Headquarters Hospital late last night. In presence of the Nayagarh Tahsildar, the health officials along with police raided the clinic.

The expectant mother from Bahadajhola area was in critical condition due to the abortion and admitted to the District Headquarters hospital.

As per reports, during a scanning at another private hospital, the pregnant woman was not able to know the unborn child’s sex. However, she and her family came to know the child in her womb had been suffering from ‘Scalidal Displaci’ due to which the baby could have suffered from dwarfness.

After registering a case under Section 5 of Pregnancy Act 5, the Nayagarh Town police had sealed the private clinic.

The middleman had reached a deal of Rs 13,000 with the pregnant woman and her family to facilitate the illegal abortion.

In June 2019, another clinic Nayagarh Diagnostics located near Aditya Hospital and Clinic was raided for illegal abortion. Two persons including a quack were arrested.

US military entered into secret deal with Taliban to escort Americans to Kabul airport: Report