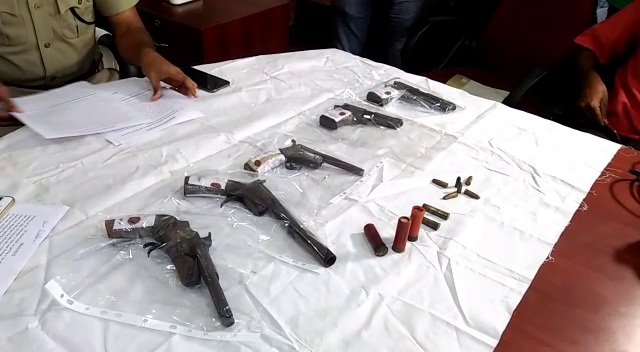 Police arrested one person identified as Mohammed Zahin Khan during the raid at Daleipada in Sambalpur town.

The cops also seized five firearms and 12 bullets from the spot during the raid.

Khan was allegedly indulged in illegal supply of firearms in the city since a long time. Several cases were lodged against him with many police stations across Sambalpur district.

An investigation has been launched following the raid and seizure of firearms to ascertain from where the accused was importing the guns illegally and supplying those to the clients.

More arrests are likely in connection with the case, sources in the Sambalpur police said.