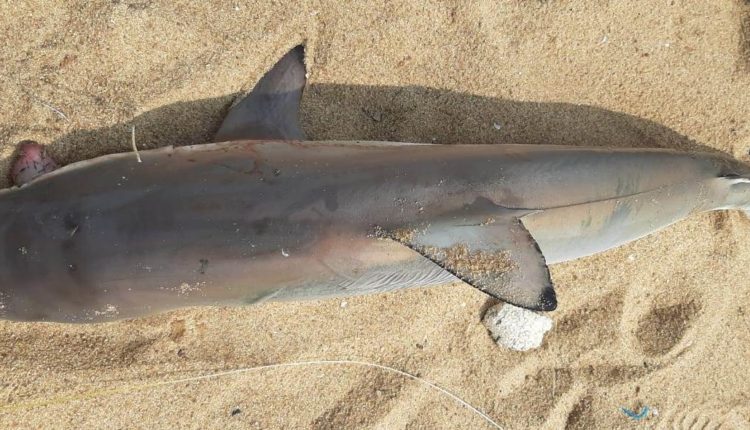 Puri: A very rare fish was sold at a throwaway price after being caught in a fishing net in Puri off Odisha coast today.

The fish weighing in between 20-25 kg is said to be ‘White Shark’ or Carcharodon Carcharias.

A local said this species of shark fish have been caught in fishing nets frequently in sea in Puri. But as fishermen are unaware about the identity of such species of fish, they sell them to  local traders at Rs 3,000. The fish traders then sell these fishes at more than Rs 30,000 in other states.

The local fishermen are selling such species of fish to traders at low prices considering it to be a normal saltwater fish.