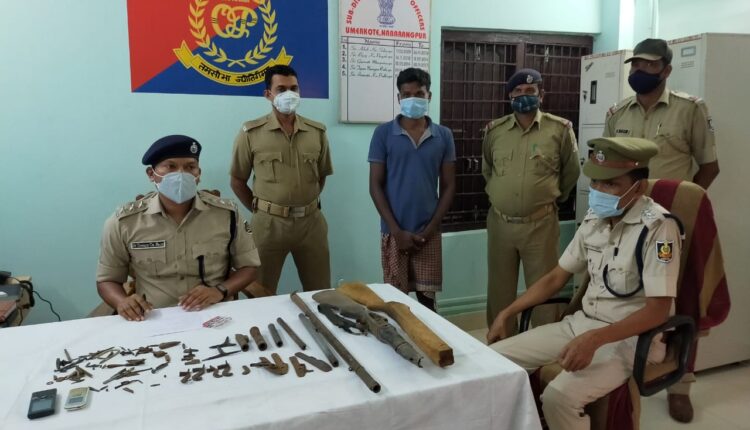 Nabarangpur: In a major success, the police busted an illegal country-made gun manufacturing unit in Raighar area of Nabarangpur district today and arrested one person in connection with this.