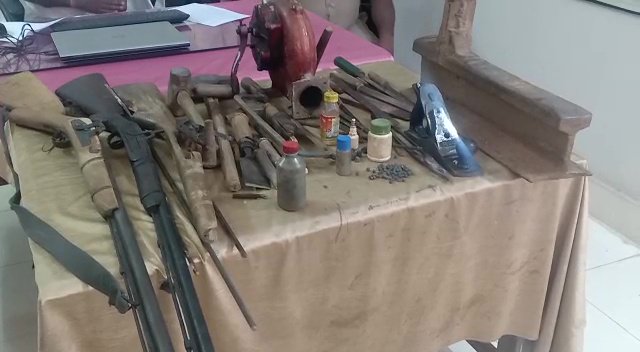 Kandhamal: Kandhamal police today busted the illegal gun manufacturing unit here in the district with seizure of huge cache of materials, two guns and arrest of one.

The accused was identified as Kuna Pradhan, a resident of Sriniketa village of the district.

According to reports, the manufacturing unit was operated at a house located near a forest at Dandima village under Daringbadi police limits in the Maoist-dominated district.

Acting on a tip-off, a team of Kandhamal police conducted raid at the house and seized two country-made guns and huge cache of materials used in manufacturing the guns.

The cops caught Kuna during the raid. However, two others involved in the illegal operation managed to flee from the spot.

The raids are underway at various locations to nab the absconded accused persons.