Illegal and invalid action of Tata Sons shocked me: Mistry 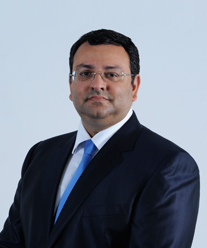 In a strongly-worded letter to the directors of Tata Sons, Cyrus P. Mistry has stated the company’s action to suddenly remove him as Chairman without enough explanation had not only damaged his reputation, it has also caused “immeasurable harm” to the group’s goodwill.

Mistry also said that he was pushed to a position of a “lame duck” chairman.

Tata Sons’ shareholders vote to remove Mistry as a…

“The sadness of the action, and the lack of explanation has led to all manner of speculation and has done my reputation and the reputation of the Tata Group immeasureable harm,” Mistry wrote in the five-page letter, a copy of which is available with IANS.

The letter was sent to the directors and trustees from Mistry’s Tata mail id a day after he was removed from the post.

The company decided to remove Mistry from chairmanship on Monday and re-instated Ratan N. Tata as the interim Chairman. He said he was “shocked” by the “invalidity and illegality of the business that was conducted” by the board in its meeting on October 24.

“I cannot believe that I was removed on grounds of non-performance,” he said.

“I hope you do realize the predicament that I found myself in. Being pushed into the position of a ‘lame duck’ Chairman, my desire was to create an institutional framework for effective future governance of the group,” he added. (IANS)