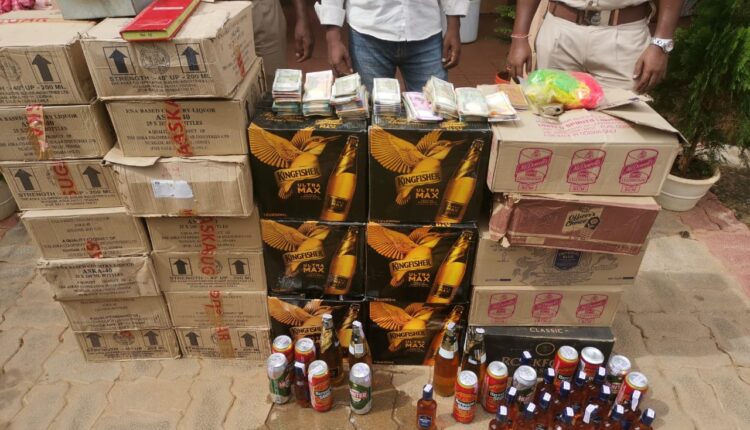 Bhubaneswar: In a crackdown against illegal liquor trade, the Odisha Excise officials today seized huge quantity foreign liquor and country liquor from a place in Trilochan Vihar in Bhubaneswar today. One person has been arrested in connection with the case.

Acting on a reliable information, a team of Excise officials raided a place in Trilochan Vihar under Airfield Police Station at around 2 PM. During the search, the sleuths recovered more than 151 litres of foreign liquor and Aska 40. Also, more than Rs 1.9 lakh cash was seized from the accused’s possession, said an Excise official.

A case under Section 52 (a) of the Odisha Excise Act was registered at the Airfield Police Station. The investigation in this case is in progress, the official added.