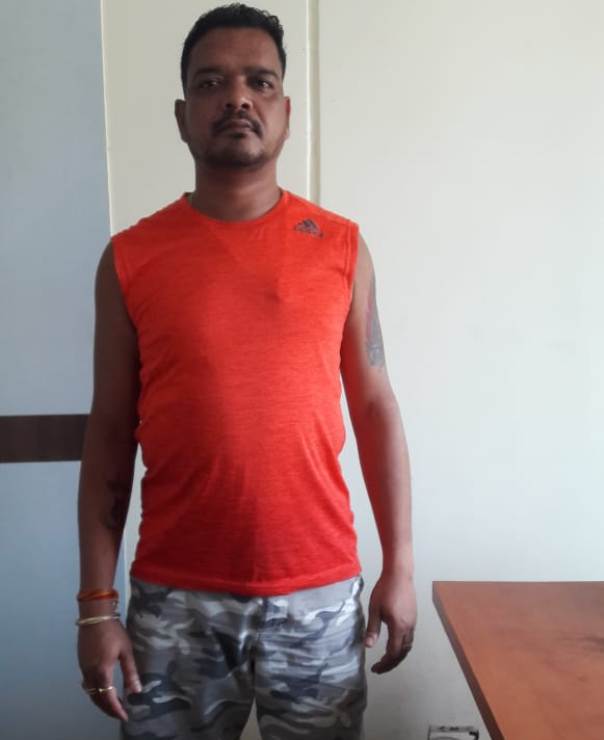 The accused is identified as Sanjay Paikray of Kumarbasta village under Khordha Sadar police limits.

“Sanjay is the kingpin of one of the gangs operating in the area,” said the STF in a release after arrest.

The mining mafia gang is accused of blasting out boulders in rocky hills and hillocks in Tapang area without paying any royalty to the government causing serious financial loss to the exchequer.

For this purpose, they procure illegal arms and ammunition and provide to their gang members to terrorise locals, government officials and rival gangs, the release stated.

The gang members were also acquiring explosive substances illegally for blasting in the mining sites.

He will be forwarded to the Khordha SDJM court today.

Sanjay was nabbed just two days after the STF apprehended one of his associates identified as Dushasan Behera alias Sana foiling his dacoity bid on Friday.