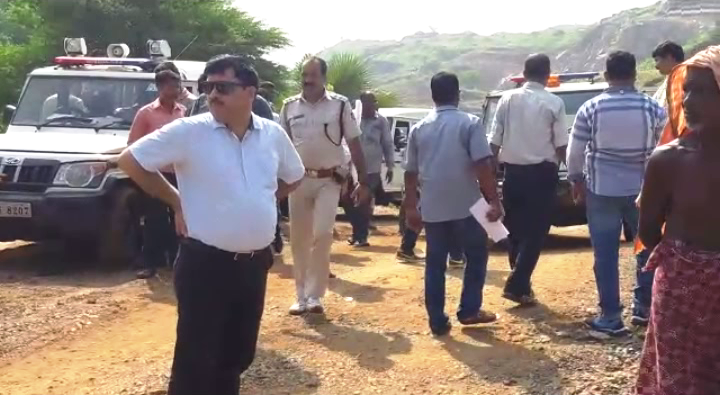 Jajpur: As per the order of National Green Tribunal (NGT), a joint team of the Jajpur district administration, police and Revenue Department officials conducted a raid on illegal stone quarries at Dankari hills under Dharmasala Tehsil today.

The team led by the Superintendent of Police (SP) Charan Singh Meena and Collector Ranjan Kumar Das conducted the raid and sealed the illegal quarries at Dankari.

Sources said around 24 both licensed and illegal stone crushers were operating at Dankari hills. However, the Centre recently asked the State Government and district administration to close the crushers and stop mining work to start an oil project in the area.

Accordingly, the district administration along with police and Revenue department officials conducted raid on the stone crushers today.

After Satkosia, Mahanadi wildlife division to be next tiger habitat in Odisha