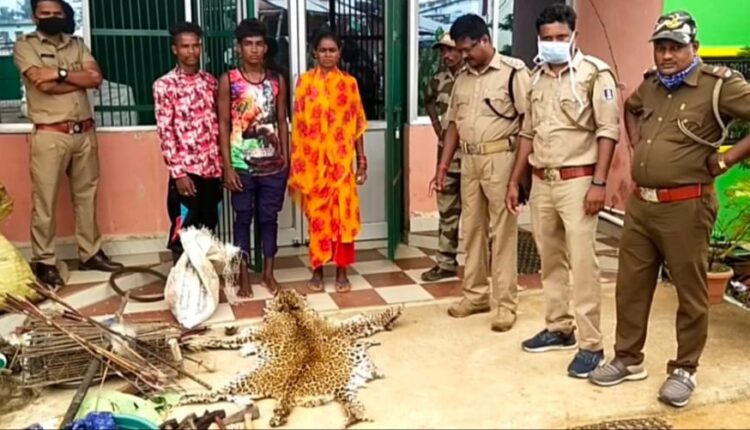 Nuapada: Forest officials today seized a leopard head and skin, wild boar meat and a huge cache of articles used for wildlife poaching during a raid at Tipajhar village in Nuapada district of Odisha.

Three persons including a woman allegedly involved in illegal wildlife trade spread across the district have been arrested following the raid.

According to reports, acting on a tip-off, a joint team of Nuapada and Khariar Road forest officials conducted raid at Tipajhar village under Nuapada Sadar Block.

During search, the sleuths recovered a severed head and skin of leopard and 10 kg wild boar meat from possession of three persons of the village. The articles and weapons used for poaching wild animals were also seized from the spot.

Bank of India to raise Rs 8,000 cr, gets shareholders’ nod