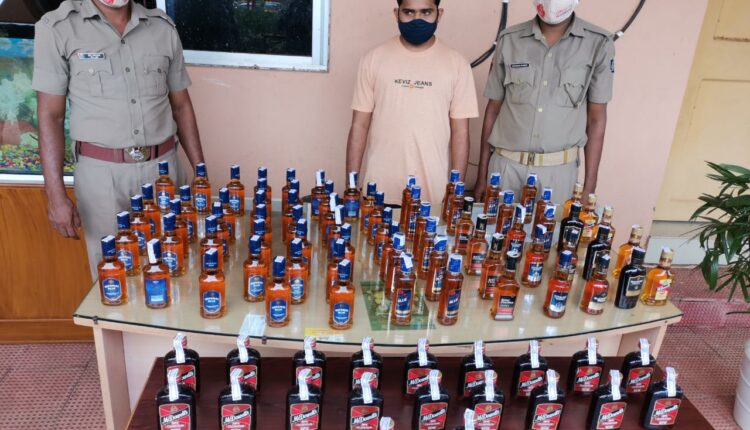 Bhubaneswar: As part of its crackdown against bootleggers, Excise officials along with the Airfield police today conducted a raid at Nua Sahi in Sundarpada area on the city outskirts and seized over 16 litres of illicit liquor.

The officials also arrested a 26-year-old youth in this connection.

The accused identified as Mitu Sahu, son of one Sudarshan Sahu of Nua Sahi, is now being interrogated by the Airfield police.

A case was at Airfield police station under Sections 269and 270 of the Indian Penal Code (IPC) and  52(a) of Odisha Excise Act and 3 of Epidemic Diseases Act on September 30. Further investigation is underway, said police.