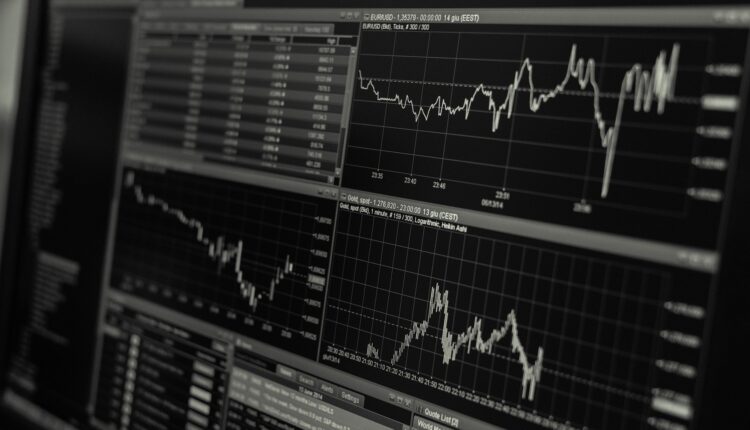 During the April-June quarter of financial year 2021-22, the Indian economy grew by 20.1% against massive contraction by 24.4% in the first quarter of the previous financial year. But the entire government machinery suddenly rose from slumber and started celebrating it as vindication of their prediction of imminent V-shaped recovery.
Chief Economic Advisor K V Subramanian said the GDP data for the first quarter reaffirms the government’s prediction of an imminent V-shaped recovery made last year while adding growth would reach pre-pandemic levels next year. The bitter truth is that people’s actual conditions have worsened and the number came on the back of an unprecedented low base and pent-up demand. This is called “mathematical growth” in the language of Gita Gopinath, Chief Economist of the IMF.

However, the first-quarter growth number was lower than the Reserve Bank of India’s projection of 21.4% made in the August monetary policy review. The inefficiency of the Indian government and economic disruption by Covid takes away at least two years of India’s growth, with GDP still below pre-pandemic levels. The economy can reach pre-pandemic levels by mid-2022-23. The economy has already contracted by 7.3% in 2020-21.

An economy is said to be in the recovery stage when it reaches the previous stage where it had started sliding, collapsing, say pre-pandemic stage (i.e., April-June 2019) when the country was hit by the first wave of the virus. But the economy is still lagging pre-coronavirus growth path and has not recovered to the 2019-20 level.

Despite a poor response to the crisis due to confusion in the government, the pent-up demand has spurred economic activities and growth in April-June 2021, but economic recovery is being hampered and the process of normalisation of consumption demand is encumbered as the government has tried to address only supply-side problems ignoring the demand compression.

While GDP is the single most important indicator to capture economic activity, it falls short of providing a suitable measure of people’s well-being for which alternative indicators may be more appropriate. It is just an indicator of economic activities of a particular period says a quarter (April-June 2021) in relation to the corresponding quarter of the previous year (April-June 2020) or year in relation to the previous year. The grim reality is that GDP data hardly captures the real extent of depressed economic activity in the informal sector.

GDP is calculated on quarter-on-quarter analysis and year-over-year reporting. A quarter refers to one-fourth of a year and is typically expressed as “Q1” for the first quarter, “Q2” for the second quarter, and so forth. For example, a quarter is often shown with its relevant year, as in Q1 2021 or Q1/21, which represents the first quarter of the year 2021. The quarter-on-quarter analysis compares the current quarter (ex: Q12021 or April-June 2021) to the previous quarter (ex: January- March 2021). On the other hand, the year-on-year analysis compares the GDP of one quarter (say Q12021 or April-June 2021) to the corresponding period of the previous year (say Q12020 or April-June 2020)

Like India, the low base effect has also impacted many countries which have experienced high growth with the UK witnessing the growth of 22.2%. The United States is the first G7 economy to return to pre-pandemic levels of output.

As compared to the GDP of the pre-pandemic stage (April-June 2019), the present quarter GDP is still 9.2% less. But if GDP for April -June 2021 is calculated on a quarter-on-quarter basis as done in the US, India’s growth is found to be negative. For example, when GDP growth is calculated on a quarter-on-quarter basis- the GDP April -June 2021 (Rs 32.38 lakh crore) is compared with GDP of January -March 2021 (Rs 38.96 lakh crore), then India will have a sequential negative growth of 16.9% while the US has positive growth of 6.6%.
What is distressing is that private final consumption expenditure, which accounts for more than half of India’s economy, is where it was four years ago. India is still 11.9% behind the pre-pandemic stage. The government final consumption expenditure has also declined by 4.8% from the previous year. The decline in government expenditure does not augur well.

Contrary to the perception of the government that pandemic has affected growth, the GDP growth rate has been a point of growing economic fragility for the last 5 years. This is due to poor governance, draconian demonetisation and poorly designed and hastily implemented Goods and Services Tax (GST). In terms of annual growth, the economic growth has declined from 8.2% in 2016-17 to 6.8 % in 2017-18 and 6.5% in 2018-19 and finally landing into 11 years low of 4% in 2019-20 before contracting record 7.3% in 2020-21. What is important is that in 2019- 20, the growth rate was only 4% against the government’s assumption of 8.5% in the budget.

The bitter truth is that the International Monetary Fund (IMF) data shows that India became the world’s fifth-largest economy in 2019, surpassing the UK and France. The latest IMF data (2021), however, put India back in the sixth position in 2020, and further down to No 7 in 2021. India’s share in the global GDP is seen to be shrinking from 3.3 % of the pie in 2017 to an estimated 3.1% now.

Further, we are witnessing debt-induced growth. The benefits of growth are harvested by the rich while the burden of debt falls upon poor in form of reduction of welfare expenditure, higher indirect taxes like fuel tax so as to bridge the fiscal deficit. What is disconcerting is that even debt is not leading to growth as expected. Had it been so debt-GDP ratio should not have increased. But India’s public debt as a percentage of GDP which was 72% in 2019-20 had already surpassed 90% which is unsustainable and much high compared to those of emerging economies.

When GDP grows, necessarily wealth is created but the same does not flow to all. Rich and corporates garner the major benefits of growth. That is why India is the second most unequal country in World with 1% population enjoying 40.5% of national wealth in 2020. In 2000, 1% were enjoying 33.5% of national wealth.

The government is trying to camouflage the present grim reality and humanitarian, economic costs of coronavirus by citing GDP. Statistical jugglery can’t hide the mass suffering across the country. Nor should it detract from the long road to recovery ahead. This GDP cannot smokescreen the sufferings of the masses and excruciating experiences of victims of pandemic. Nobody should forget the way people died due to a lack of oxygen supplies and hospital beds.

The dignity of death was mercilessly butchered and denied when many people were forced to float dead bodies in rivers or left them in shallow graves due to rush in the crematorium or lack of burial or cremation facilities. Many families sold their assets, appealed for financial help to save their loved ones. Many families have been dragged below the poverty line to defray medical expenses.

What disquieting is that while government boasts of GDP, forgets that the world’s highest number of poor and hungry people are in India. According to the Global multidimensional poverty index (MPI) 2020, India still had 36.4 crore poor in 2015-16, the largest for any country. In the absence of Consumption Expenditure Survey (CES) data, the Periodic Labour Force Survey shows a rise in the absolute number of the poor in India. Around 19.4 crore people are plagued by pangs of hunger. According to Global MPI 2020, India is 62nd among 107 countries with an MPI score of 0.123 and 27.91% headcount ratio, based on the NFHS 4 (2015/16) data. Neighbouring countries like Sri Lanka (25th), Bhutan (68th), Nepal (65th), Bangladesh (58th), China (30th), Myanmar (69th) and Pakistan (73rd) are also better placed than India.

Now pandemic has doubled the number of poor people and exacerbated hunger too. Around 23 crore people have been dragged below the poverty line based on a minimum daily wage. As per the Pew survey’s findings, as reported in March 2021, the numbers in India’s middle class have shrunk by as much as a third with 32 million slipping into the lower-income category. According to the CMIE report, 97% of Indian households witnessed a decline in their real income in 2020.

Millions of jobs were lost. Centre for Monitoring Indian Economy CEO Mahesh Vyas has said that by end of May 2021, over 1 crore people lost their jobs because of the second wave of coronavirus. During the first wave around 12 crores have lost jobs, though some regained after the lockdown was lifted. But many have not regained and struggling to eke out their basic existence.

The unemployment rate has increased steadily from around 7% in July 2021 to over 8 .3 % August, 2021. The employment rate dropped from 37.4% in July to 37.2% in August and employment in absolute terms shrunk from 399.7 million in July to 397.8 million. On a net basis, 1.9 million jobs were lost during the month. The composition of this fall in employment in August reveals the challenges India faces in providing jobs.

India’s tax-GDP ratio is one of the lowest in the world. It means GDP growth estimation is wrong or not reflected in the rising of taxes. The inability of government in raising resources by imposing legitimate tax on rich, corporates has escalated fiscal deficit. The government is resorting to anti-people policies like disinvestment/privatisation and asset monetisation to raise resources.