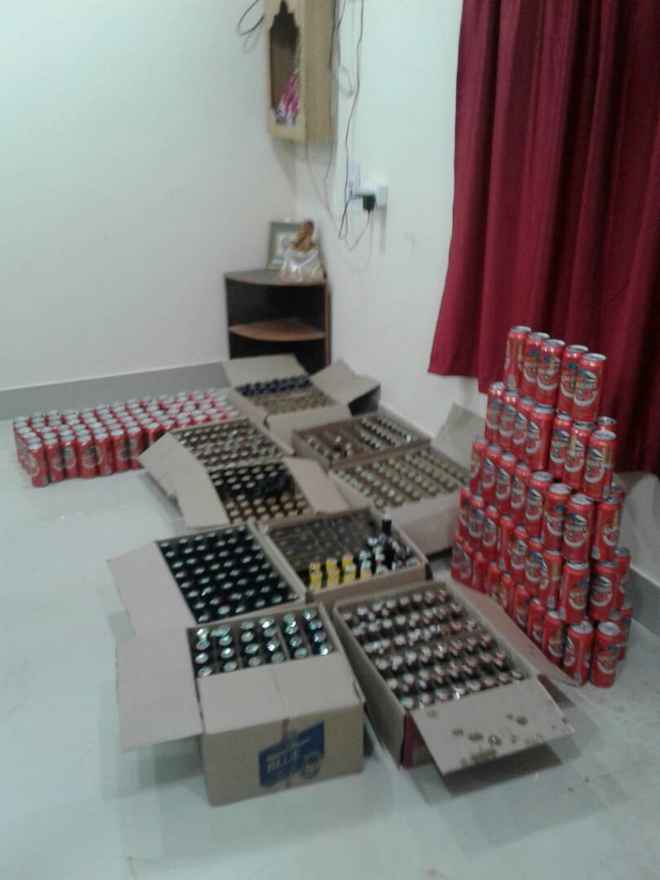 Acting on a tip off, Airfield police seized 383 bottles and cans of Indian Made Foreign Liquor (IMFL) including beer worth over Rs 30,000 from a house at Sundarpada bazaar on the outskirts of Odisha capital on Saturday night.

However, the bootlegger, Dusashan Sahu managed to flee the spot during the surprise raid.

While police have launched a manhunt to nab Sahu, they have registered a case under section 52(A) of Odisha Excise Act and are investigating the matter.

It may be mentioned here that liquor shops alongside the national highway have been shut down from April 1 last following orders of the Supreme Court.

Taking it as an opportunity to make an extra moolah, Sahu had stocked liquor in the house and used to sell it at a premium.