Impregnated by tutor, Odisha girl jumps into river before delivery 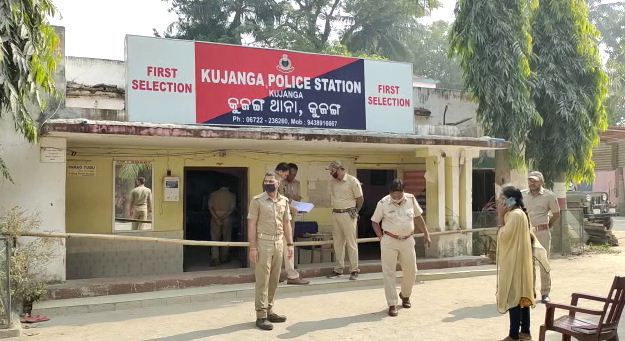 Jagatsinghpur: A 14-year-old girl of Odisha’s Jagatsinghpur district, who was allegedly impregnated by her tutor, jumped into Mahanadi river yesterday. She later gave birth to a baby girl after being rescued.

According to reports, accused teacher Ranjan Rout (42) had established physical relation with her on the pretext of marriage. Subsequently, she conceived in March. However, the girl didn’t inform her parents in fear.

Yesterday, she experienced labour pain in the morning and went to Bada Sankha ghat, where she parked her bicycle and jumped into the river. Fortunately, a local spotted the girl and rescued her.

On being informed, Kujanga police reached the spot and took the girl to the Kujanga Community Health Centre. She delivered a baby girl at the hospital and revealed that she wanted to end her life due to social stigma of being an unwed mother. The condition of the girl and the baby was stated to be stable.

On the other hand, police have detained the accused for questioning.

girl jumps into riverimpregnated by tutor