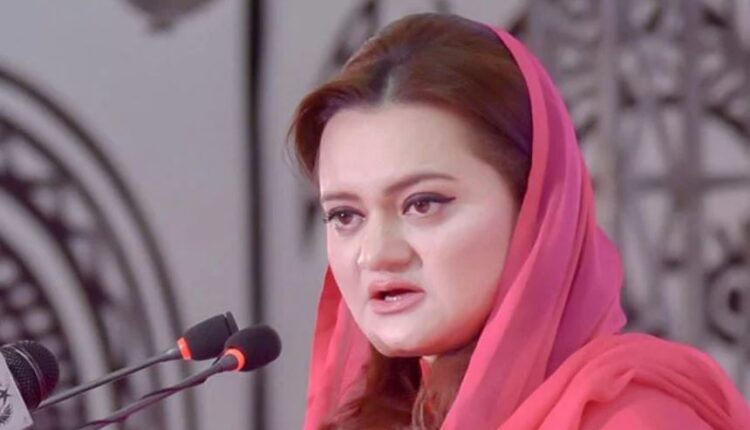 Islamabad: Pakistan’s Information Minister Marriyum Aurangzeb said on Thursday that the government has decided to form an inquiry commission to probe Pakistan Tehreek-e-Insaf’s (PTI) claims about a foreign conspiracy to dislodge Imran Khan, which will be headed by an impartial person so that no one would be able to “raise a finger” against him, media reports said.

Addressing a press conference here, she said that Imran Khan made claims about a foreign conspiracy to hide mammoth corruption under his rule. At least (Pak) Rs 847 million have been found in 44 bank accounts created between 2018 and 2022 so far, she said, Samaa TV reported.

“Most accounts were created in Punjab in the name of Farah Gogi,” the minister said, adding that Gogi also owned 19 cars and properties.

The minister said that the Al-Qadir University project was also used for corruption, adding that the inquiry commission would unmask the conspiracy of Imran Khan.

“All of those who waved papers before rallies would be brought to justice,” she said, referring to Imran Khan and his close aides.

The minister dubbed PTI’s claims about foreign conspiracy as “a spectacle” and said that Imran Khan cannot hide his incompetence behind such claims, the report said.

All these allegations are part of the PTI’s ‘Gogi Bachao’ (rescue Gogi) movement, she said, referring again to the friend of Imran Khan’s wife, Bushra Bibi.