In pics: At least 10 school kids injured as staircase collapses in Odisha 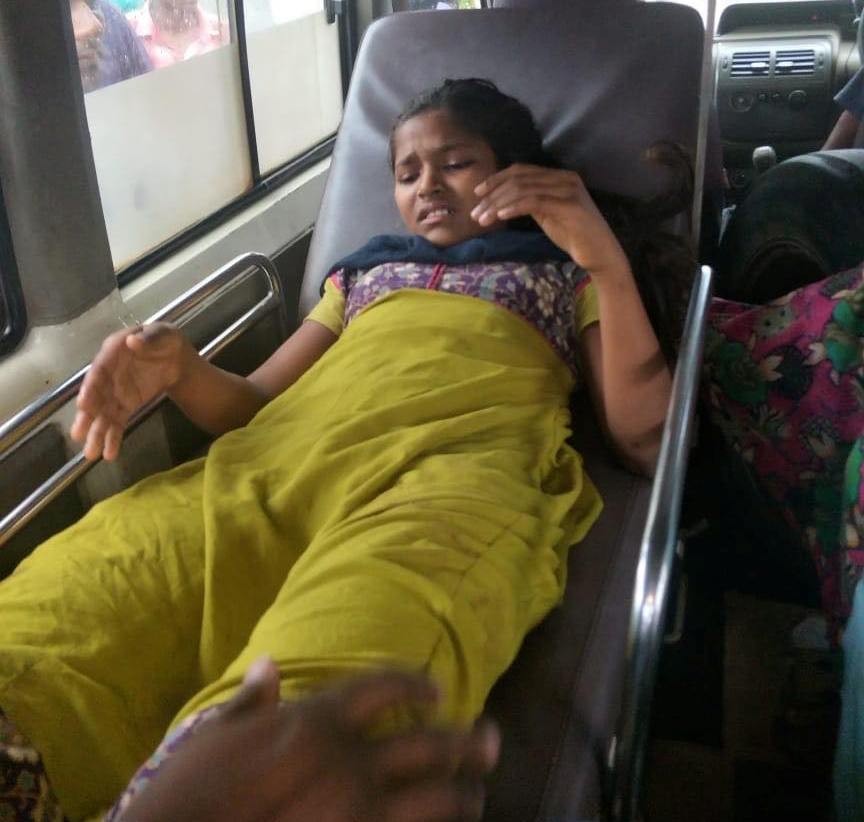 Rayagada: Bahuda Jatra turned tragic as about 10 school students were injured as a staircase of the local school collapsed in Tikiri village of Kalyansingpur block in Rayagada district this afternoon.

According to reports, some schoolgirls were watching the procession of chariots for Bahuda Jatra in their village, perched on the staircase of Tikiri Government High School, when a portion of the staircase collapsed.

As many as 10 girls sustained injuries among others and were rushed to the nearest medical facility. Two of the critically injured victims have been shifted to Saheed Laxman Nayak Medical College and Hospital in Koraput.