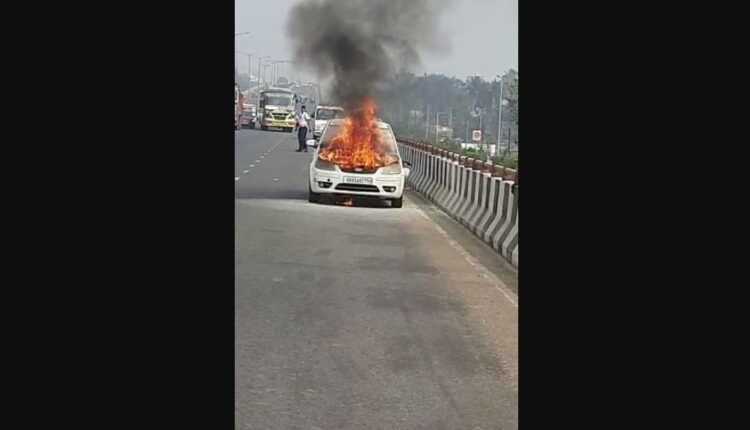 Smoke started emanating from the bonnet of the car while the vehicle was in motion, following which the driver of the car parked the vehicle on roadside while all the occupants alighted.

2 dead, 2 critical after car crashes into roadside tree in Nabarangpur 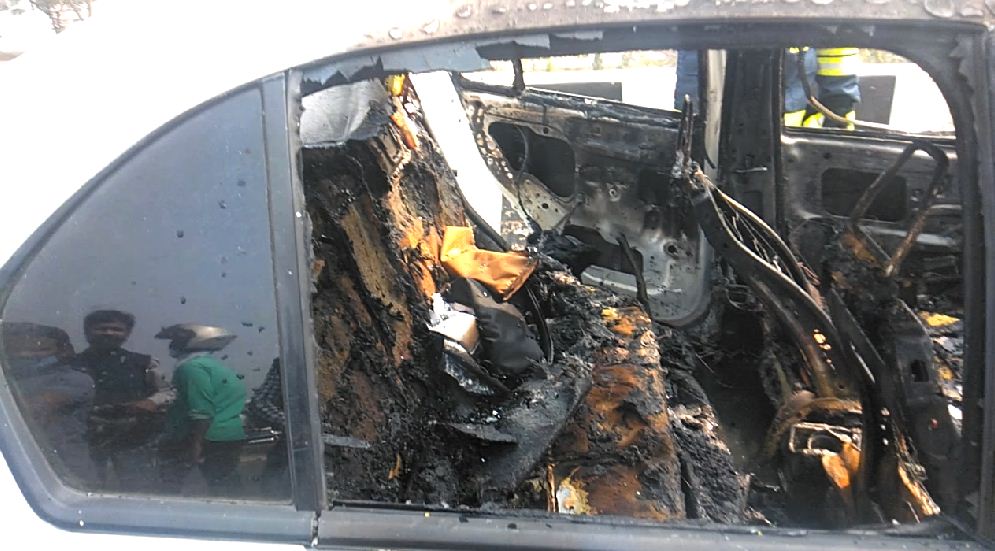 Moments later, fire broke out in the car. The vehicle was severely damaged in the fire. The car was being taken from Master Canteen to a garage in Khandagiri for repairing while the fire emerged suspectedly due to electrical short circuit. 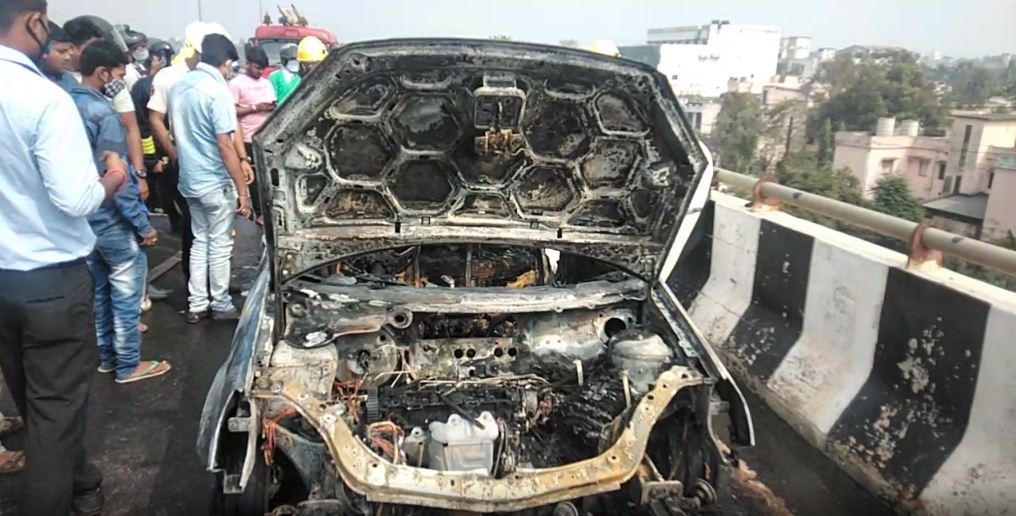 On being informed, Fire Services personnel rushed to the spot and doused the flames. The reason behind the outbreak of fire was yet to be ascertained.