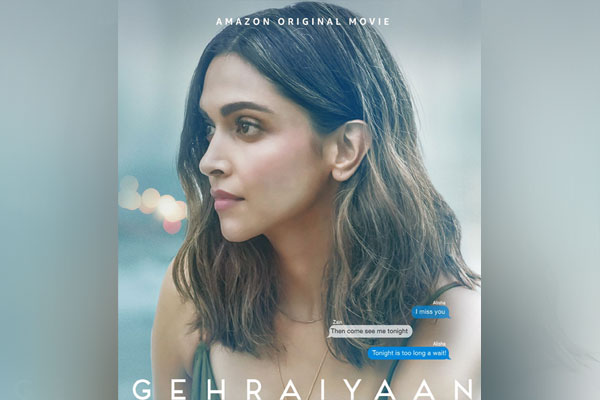 Bhubaneswar: On Deepika Padukone’s 36th birthday today, makers of upcoming movie ‘Gehraiyaan’, starring her along with actors Siddhant Chaturvedi and Ananya Panday, have dropped the posters of the film and also announced its release date.

“Life is good and it does get better when you wait, but for now here is something for you!” Batra wrote.  His post further revealed that the movie will be released on Amazon Prime on February 11.

Although ‘Gehraiyaan’ was initially announced to be released on January 25 this year, the makers have now announced that the movie will have an OTT release on February 11.

IPL 2022: Five cricketers from Odisha make it to list of…