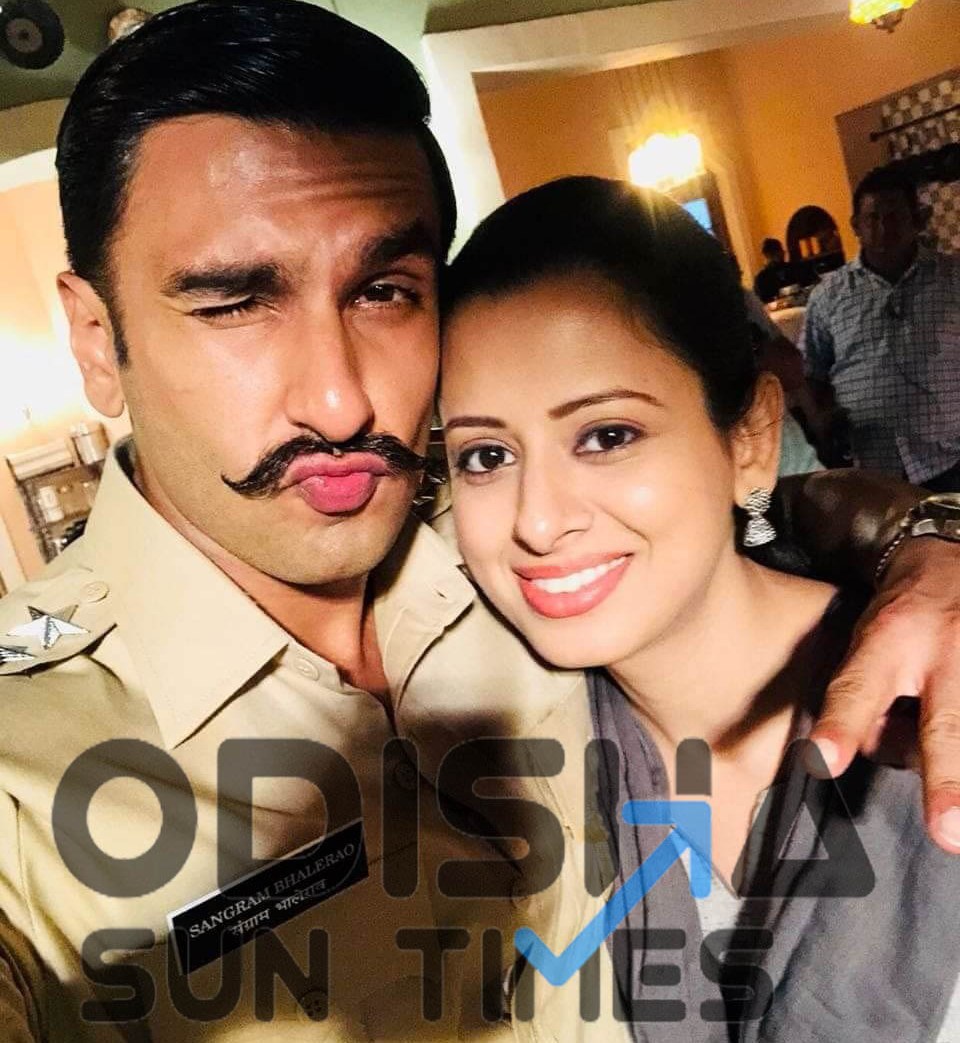 Bhubaneswar/ Cuttack: Ranveer Singh and Sara Ali Khan starrer Simmba, which is making waves at the box office features an actor from Odisha.

Meet Supriya Roy, who essays the role of a character of same name in the movie. She plays a friend of the female lead, Sara and works in a catering company in the film.

In an exclusive interview with Odisha Sun Times, she talked about beginning her journey by working in ad films when she was in Bangalore and was even offered Kannada films. “As I was working full-time in the corporate world as an HR, I had to work hard to build contacts and make a solid foundation for myself before I ventured into being an actor for movies,” she said.

She also went on to feature in Colgate and Airtel advertisements among many other brands. She was then asked to send her pictures by a casting director for selection in Rohit Shetty’s action-packed drama ‘Simmba’ and was soon cast in a role.

“Everyone on the set was so welcoming, supportive and encouraging. Rohit Shetty’s team works hard round the clock, but they also take care of hospitality. Every big shot actor, be it Ranveer Singh, Sonu Sood or Ashutosh Rana was so down-to-earth and approachable. Similarly, Sara Ali Khan was so humble and helpful. We were like one big family for the 35 days when we shot the film,” said this mother of a four-year-old.

Supriya also reminisced about the times when the entire cast and crew would sit together to eat meals and gossip together. “One day, it begun raining cats and dogs and the shoot came to a grinding halt. We could not do anything and were just sitting idle. That’s when Ranveer began playing songs of Govinda and charged the mood,” Supriya added.

Born and bred in Millennium City of Cuttack, Supriya is an alumnus of DAV (CDA) and Ravenshaw University. She also has a degree in Human Resources and Marketing from IMIS, Bhubaneswar. She was also crowned Miss Cuttack in 2006.