Inaccessible Odisha CM reaches out to people on Mahanadi issue 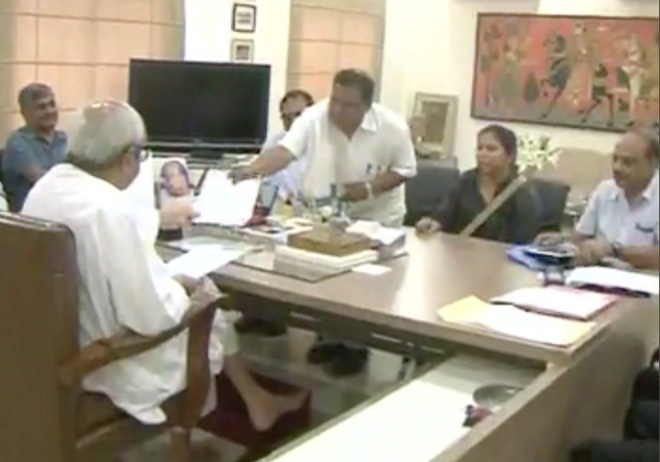 The hitherto out of bounds Odisha Chief Minister today eased the restrictions at the State Secretariat  for people to submit their suggestions over the Mahanadi water dispute .

Individuals, representatives of civil society organizations, political parties, business and industry queued up at the State Secretariat’s third floor to give their suggestions and advice on the issue.

The Chief Minister met the representatives of at least 16 organisations, including two Left parties.

The state government had invited suggestions from voluntary organisations and political parties on Mahanadi water dispute, ahead of the tripartite meeting on the issue in New Delhi on September 17.

The tripartite meeting would be held between the Chief Ministers of Odisha, Chhattisgarh and Union Water Resources Minister.

Meanwhile, opposition Bharatiya Janata Party (BJP) on Thursday lashed out at the state government for not taking the matter seriously.

“The ruling Biju Janata Dal (BJD) government has no interest in resolving the issue. It is political pressure that has made the Chief Minister seek suggestions from various people,” said state BJP President Basant Panda.

He said the Chief Minister should present all information about the Mahanadi controversy before seeking public opinion.

“The state government is yet to inform the people who are going to be affected following the river dispute. The government is not discharging its responsibility,” said Panda.

Reacting to the allegations, BJD spokesperson Pratap Deb said, “The BJP is yet to understand that the ruling BJD government is trying to protect the interest of the state and is fully prepared for the tripartite meeting to be held in New Delhi.” (With IANS inputs)