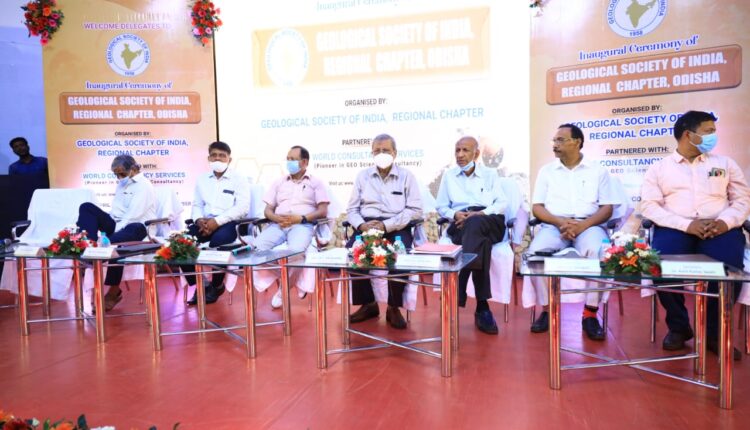 Bhubaneswar: In a glittering inaugural function on April 17, 2022 at the IDCOL auditorium in Bhubaneswar, the Chief Guest PK Jena, IAS, Development Commissioner-cum-Additional Chief Secretary, Government of Odisha, also a past student of Geology from the Utkal University, praised the efforts of the Society, Bangalore for facilitating the formation of the Regional Center and encouraged the new members to serve the interest of the state of Odisha.

The special invitees Prof. KV Subba Rao, Vice-President and N Rajendran, Treasurer from the Society, Bangalore underscored the roles and responsibility of the new center and its members. They assured all support from the headquarters.

The meeting was initiated by Jadaba Nanda Das, Dy. Director General (Rtd.), Geological Survey of India and a Fellow of the Society, who facilitated the formation of this Regional Centre on behalf of the parent organisation.

Mihir Kumar Senapati, Jt.Director (Rtd.), DGM andChairman of the new regional centre welcomed the guests and outlined the future thrust areas of action. All the new members of the Regional Centre were introduced.

Who is Lt Gen Manoj Pande, the next Indian Army chief?