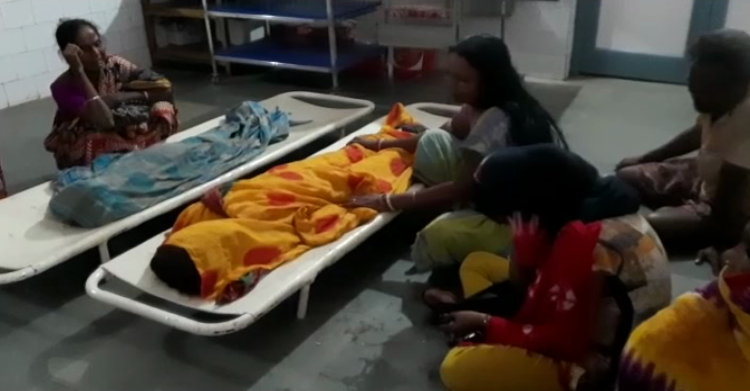 Rairangpur: As many as four people including three minor children died in separate wall collapse incidents in three districts due to incessant rain yesterday night.

While two minor girls died and their parents sustained critical injuries after a wall collapsed on them at Bholabeda village under Bisoi Block in Mayurbhanj district, one minor boy was killed in wall collapse at Nua Sahi in Gandhinagar locality in Koraput district.

According to reports, two minor sisters — Sweety Giri and Niharika Giri — along with their parents Anil Giri and Rita Giri were sleeping at their house on Friday night. Due to incessant rainfall at around 2 am, a portion of wall fell on them.

Hearing the screams, the villagers rushed to the house and rescued all four members of the family. They immediately took them to a nearby hospital where the doctors declared two minor girls dead. Currently, the parents are under treatment at the hospital.

The incessant rain under influence of deep depression over West Bengal and adjoining Odisha caused havoc in many districts including Mayurbhanj district in the state.

A similar incident was reported from Tikarpada village under Mahadeijoda panchayat in Keonjhar district where a woman died due to wall collapse and her husband was seriously wounded. The deceased woman has been identified as Dutika Behera.