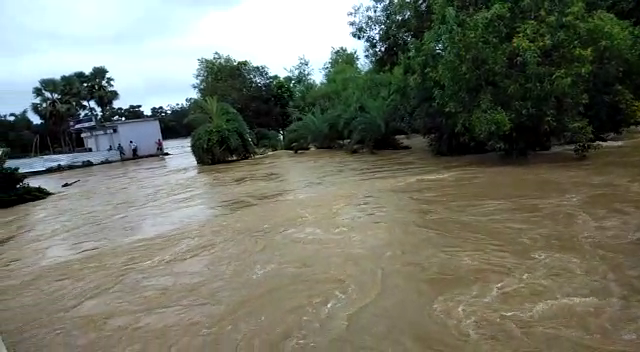 Three deaths were reported from of the State by yesterday, two from Kendrapara district due to a wall collapse, and one from Khordha district who died due to drowning. One more casualty due to incessant rain was reported today, he said.

Heavy rain: Holiday declared for schools in these Odisha districts

Addressing a presser, the SRC said that 10 districts received over 200 mm rainfall in past two days.

While the highest quantum of rainfall of 500 mm was reported from 3 blocks in Puri district, Nabarangpur district stands top in terms of less amount of rainfall due to Deep Depression.

“Except Nabarangpur district, remaining 29 districts of Odisha received more than average rainfall in last two days. The blocks — Astarang, Kakatpur and Biramaharajpur — in Puri district recorded the highest over 500 mm rainfall. Over 400 mm rainfall was recorded in six blocks. As many as 56 blocks in Odisha received 200-300 mm rainfall during the period,” Jena said.

He denied any possibility of flood situation in the State due to incessant rain.

“Even as there will be less chance of flood in rivers due to continuous rain, the flood-like situation in low-lying areas can not be ruled out. Many places in Bhubaneswar, Cuttack, Balangir and Bhadrak towns are inundated by rain water,” he said.

“There are reports that houses have been damaged in many places. The Jalaka River is flowing above the danger mark. We are on alert if flood-like situation arises in Brahmani and Baitarani Rivers,” he added.

Meanwhile, the Agriculture Department has been directed to submit a report on crop loss due to incessant rain.