Increase in Chinese air force presence at LAC not of ‘much concern’: IAF chief 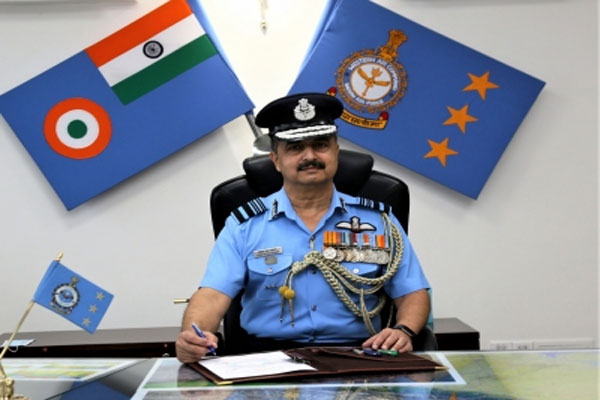 New Delhi: There is increased Chinese People’s Liberation Army Air Force presence across eastern Ladakh but “it is not going to make much difference” to the Indian Air Force, IAF chief V.R. Chaudhari said on Tuesday.

“China is developing airfields with multiple aircraft but flying from high altitude is a weak area,” he said.

Replying to a query over punitive action against China, the IAF chief said that it is a national policy and India is capable of dealing with any scenario.

About induction of S-400, he should it should be inducted within this year. India is procuring S-400 missiles from Russia for long range ie 400 km, and it was expected to be received by the Air Force by this year end.

“S-400 delivery is on track. The first regiment should be inducted within this year,” Air Chief Marshal Chaudhari said.

He also said that IAF is capable of dealing with a two-front war with China and Pakistan, but “the matter of concern is dissemination of western tactics and weapons from Pakistan to China”.

On China breaching Taiwan airspace, he stated it is matter between the two and he would refrain from making any comments.

On theaterisation and integration, Air Chief Marshal Chaudhari said: “Air force is fully committed towards integration and joitness to cater to future warfare. Strength and doctrines of each service needs to be taken into account.”