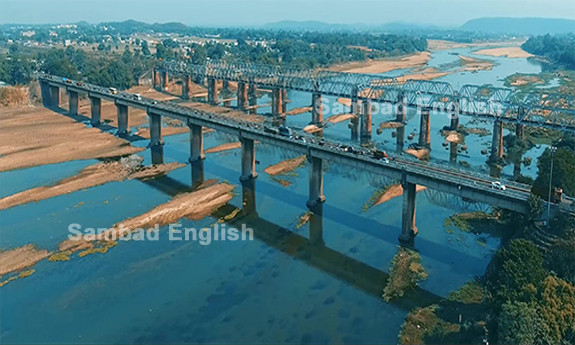 Rourkela: The water of Brahmani River gets polluted with every passing day, particularly in Rourkela City, which is the point of its origin. Thanks to the apathy of Sundargarh distict administration.

Brahmani River caters to drinking water requirements in seven districts of Odisha namely Sundargarh, Deogarh, Angul, Cuttack, Jajpur, Kendrapara and Bhadrak. On the contrary, wastewater from the city being directly released into the river and the sewerage treatment plant not being functional yet are the two major causes behind the alarming pollution level of the river water, many local denizens alleged.

For the last time, quality of the river water was checked by Central Pollution Control Board (CPCB) in 2020. A detailed report of which was submitted to the National Green Tribunal (NGT) mentioning that the river has got polluted. The biological Oxygen Demand (BOD) level was then found to be above the prescribed earmark of three milligrams in one litre of river water. So to say, the BOD in Brahmani water was 6.3 milligrams. As per the CPCB report, Brahmani was among the three most polluted rivers in the State.

The situation has not yet improved. A Public Interest Litigation (PIL) was previously filed and the matter is still sub-judice in Orissa High Court. Rourkela Municipal Corporation (RMC) authorities previously informed the court about the status quo of the under-construction sewerage treatment plant on April 8, 2022.

RMC also clarified during the online hearing whether the State Pollution Control Board (SPCB) norms are being met or not. The tardy pace of the treatment plant construction work has worsened the situation.

It is pertinent to mention here that the construction of the 231-kilometre-long sewerage pipe laying work including the treatment plant was started in 2017 with an estimated cost of Rs 320.40 crore.