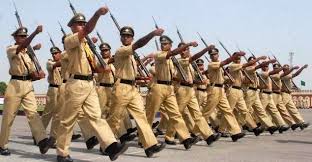 Bhubaneswar: A total of 1,082 police personnel from across the country have been awarded gallantry and other medals on the occasion of the Independence Day 2022.

Altogether 15 police personnel from Odisha have been awarded the medals, said a notification issued by the Union Ministry of Home Affairs (MHA) today.

As per the notification, commandoes Kumar Karmi and Pitabasa Pande of Odisha have been awarded Police Medal for Gallantry.

14 from Odisha to be awarded Police Medals on I-Day

29 cops from Odisha to receive Police Medals on I-Day