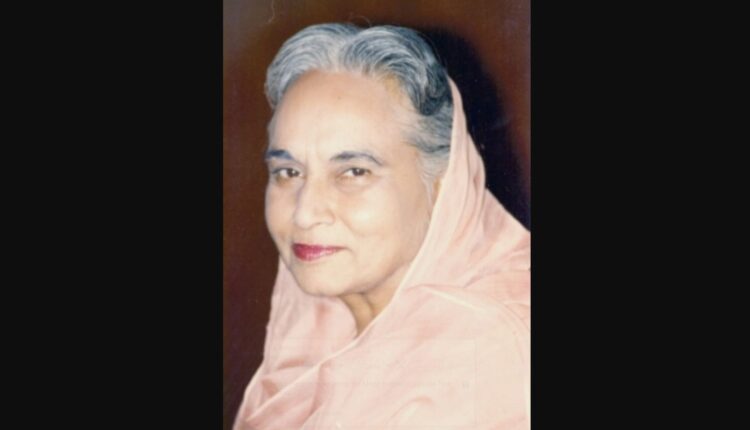 Chandigarh: Inderjit Kaur Sandhu, a prominent administrator and educationist, died here on Thursday. She was 98.

In her long and distinguished professional career, she was the Vice-Chancellor of Punjabi University in Patiala (1975 to 1977), and the first woman Chairperson of Staff Selection Commission in New Delhi (1980 to 1985).

She was the first woman Vice-Chancellor of a university in northern India, representing the country in various international academic fora.

Born in Patiala, she did her Basic Training at Rai Bahadur Sohan Lal Training College, Lahore, and in 1946, she earned an MA in philosophy from Government College in Lahore.

She moved back to Patiala after that and started teaching. Later, she was in the first batch of students who earned an MA in Punjabi.

After the Partition, she helped the refugees and displaced women through the Mata Sahib Kaur Dal, of which she was Secretary. She was married to the famous Punjabi author, the late Giani Gurdit Singh, and they had two sons.

In 2009, Jalandhar Doordarshan made a Punjabi documentary on her in its Dhian Punjab Dian (Daughters of Punjab) series.

In 2020, she was one of the 10 Indian women highlighted by the BBC in a special series.

On her 98th birthday, September 1, 2021, “An Inspiring Journey’, a festschrift on her was released with the foreword by Gursharan Kaur, wife of former Prime Minister Manmohan Singh, and a message by then Chief Minister Capt Amarinder Singh.

The bilingual book is a collection of articles by scholars and people who knew her and her work.

Schools in Uttar Pradesh to remain closed till February 15; online classes to continue

Breach of promise of marriage is not cheating: Karnataka High Court