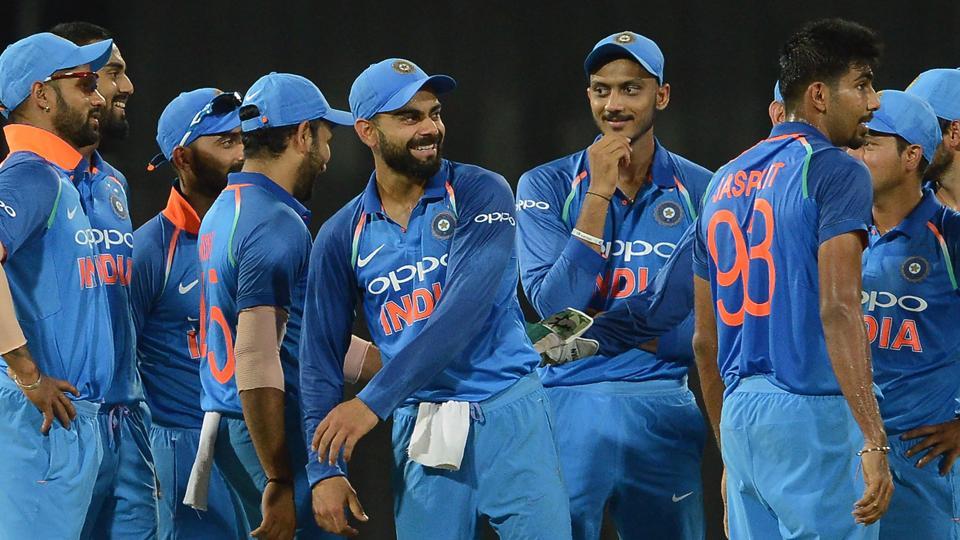 Colombo: High on confidence after taking an unassailable 4-0 lead, a dominant India will look to complete a whitewash of Sri Lanka when the two teams face off in the fifth and final One-day International (ODI) at the R. Premadasa International Cricket Stadium here on Sunday.

The visitors rode on blistering centuries from skipper Virat Kohli and his deputy Rohit Sharma to thrash Sri Lanka by 168 runs in the fourth ODI and will once again bank on their batting prowess to decimate the hosts.

Former India skipper Mahendra Singh Dhoni, who shared an unbeaten 101-run stand with young gun Manish Pandey, is once again expected to add to the fireworks lower down the order against a toothless Lankan attack.

With the series already in their kitty, Kohli might opt to make a few changes in the playing XI and rest opener Shikhar Dhawan or Lokesh Rahul to accommodate Ajinkya Rahane, who has been warming the bench throughout the series.

In the bowling department, pacers Jasprit Bumrah and Shardul Thakur, along with the young left-arm spin duo of Kuldeep Yadav and Axar Patel, will once again aim to shatter the inexperienced home batting line-up.

Sri Lanka, in a transition phase, will expect their young guns to give it back to the visitors in the final ODI if they are to escape another humiliating whitewash.

Captain Lasith Malinga conceded that he will assess his future after the current series against India. The 34-year-old pacer has looked a shadow of his former self throughout the series.

The hosts will also bank on the experience of former skipper Angelo Mathews and Kusal Mendis, besides young Niroshan Dickwella, who has failed to convert his promising starts in the series.

Young spinner Akila Dananjaya is also expected to play a key role in the bowling department alongside the likes of Vishwa Fernando and Lakshan Sandakan.