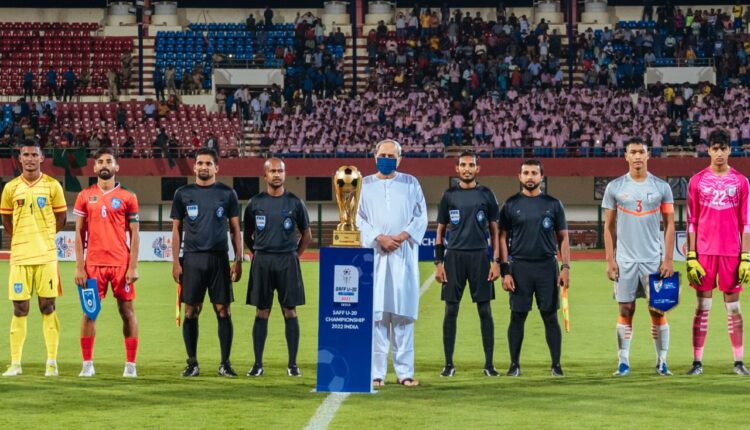 Bhubaneswar: India defeated Bangladesh 5-2 in the Final of the South Asian Football Federation (SAFF) U-20 Championship at the Kalinga Stadium here to win the trophy.

This is Team India’s second consecutive title victory in the SAFF U-20 Championships as it had also won the tournament in 2019 by beating Bangladesh.

Odisha Chief Minister Naveen Patnaik visited the Kalinga Stadium to witness the match. He congratulated the players of both teams before commencement of the match.

The teams expressed their delight to be in Bhubaneswar and have such facility and support from the State Government.