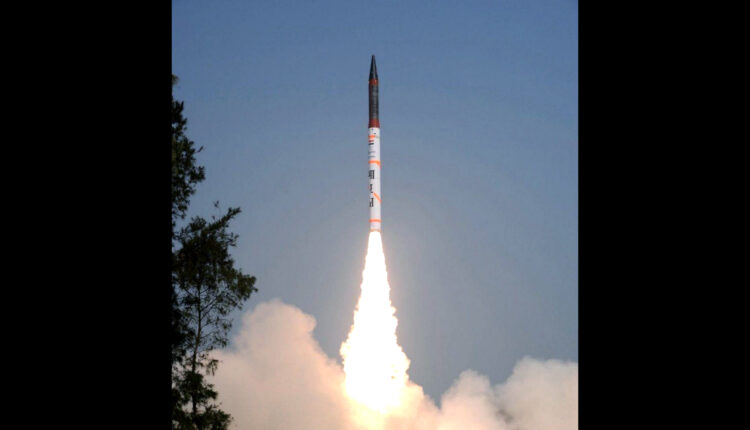 The successful test was part of routine user training launches carried out under the aegis of Strategic Forces Command (SFC). It was carried out for a predetermined range that validated all operational parameters of the system, a Ministry of Defence spokesperson said.

Various parameters and trajectories of the 17-meter tall missile were tracked and monitored in real-time by radars along the east coast, as also by the telemetry and electro-optical systems.

Agni-III is one of the most sophisticated and accurate missiles of its class and has already been inducted into the armed forces in 2011 as the successor of Agni-II. It is capable of carrying a payload weighing 1.5 tonnes to a distance of 3,000 to 5,000 kilometres (1,900 to 3,100 miles) and has the capability to reach targets deep inside neighbouring countries including China.

Advertisement issued for recruitment of 7,540 teachers in Odisha