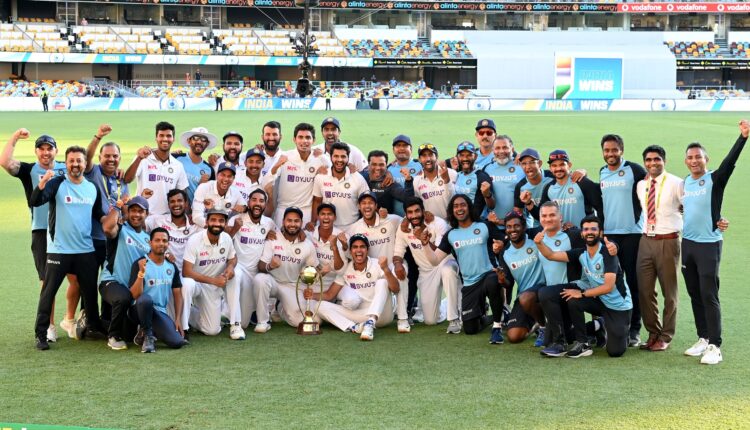 Brisbane: India on Tuesday moved to the top of the ICC World Test Championship (WTC) standings — both on percentage points and points — following their remarkable 2-1 series win over Australia in the four-match Border-Gavaskar series.

The top two teams qualify for the WTC final match in June at Lord’s, London.

“India on top. After the hard-fought win at the Gabba, India move to the No.1 spot in ICC WTC standings. Australia slip to No.3,” ICC tweeted after India’s historic win in Brisbane on Tuesday.

New Zealand have no series scheduled till June.

For Australia, the series defeat has dented their chances heavily of making the top two. They will need 89 points from the three-Test series against South Africa — which is yet to be confirmed — to go past the Black Caps and seal the second spot in the WTC standings. That can only happen if they win at least two Tests and draw the third, in which case they will get 93 points from the series, as per ESPNcricinfo.

Now, the Tim Paine-led Australia will have to hope that the series against the Proteas goes ahead and they win that at least by a 2-0 margin, or hope that India drop some points against England.

England first need to win the second Test against Sri Lanka, starting Friday, and then beat India 3-0. Even a 2-2 drawn series will not be enough for England to go past India and finish among the top two on the WTC.

Meanwhile, India have also displaced Australia to claim the second spot in ICC Test Rankings. The Kane Williamson-led side sit at the top of the podium.

“India displace Australia to become the new No.2 in the ICC Test Team Rankings,” ICC tweeted.