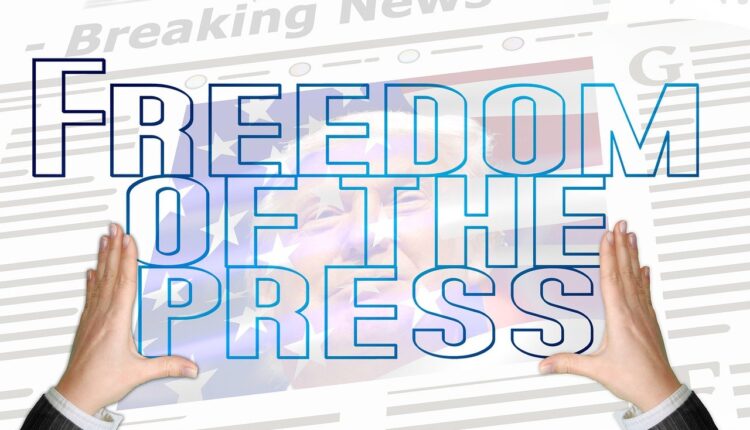 The media is called the watchdog of democracy and role of journalists is to protect democracy. Journalists have an obligation to protect this watchdog’s freedom by not demeaning it in frivolous use or exploiting it for commercial gain.

In order to reap the full benefits of democracy, Amartya Sen has argued that it is crucial to have a free press that allows for the free flow of ideas. The free press helps a society decide which policies to pursue since these discussions lead to the direct consideration of the goals that society thinks are worthwhile. These discussions also shape a society, because they inform citizens how it might be best to pursue goals that are already settled on.

According to Kovach and Rosenstiel, the watchdog role is often misunderstood, even by journalists, to mean “afflict the comfortable.” The concept introduced in the mid-1600s was far less combative. Rather, it sought to redefine the role of the journalist from a passive stenographer to more a curious observer who would “search out and discover the news.”

The watchdog role also means more than simply monitoring the government. The purpose of the watchdog extends beyond simply making the management and execution of power transparent, to making known and understood the effects of that power. This includes reporting on successes as well as failures.

News organizations do well to nurture this independence by encouraging individuals to speak their minds. Doing journalism, whether as a professional writing for a news organization or as an online contributor in the public space, involves one’s moral scope and demands a personal sense of ethics and responsibility. Because “news” is important, those who provide news have a responsibility to voice their personal conscience out loud and allow others to do so as well. They must be willing to question their own work and to differ from the work of others if fairness and accuracy demand they do so.

According to Reporters Without Borders (RSF) Secretary General Christophe Deloir, “Journalism is the best vaccine against virus of disinformation. But unfortunately, its production and distribution are too often blocked by political, economic, technological and sometimes even cultural factors.

The freedom of the press and working atmosphere of journalists in any country is revealed by a World Press Freedom Index (WPFI) published by the Paris-based Reporters Without Borders (RSF) annually. The World Press Freedom index 2021 shows that journalism is totally gridlocked or seriously encumbered in 73 countries and constrained in 59 others, which together represent 73% of the countries evaluated.

The Index data reflect dramatic corrosion in people’s access to information and an increase in obstacles to news coverage. The coronavirus pandemic has been used as grounds to block journalists’ access to information sources and reporting in the field. In the case of India, the situation is more gruelling and horrible.

In India, while ethics of journalism is almost extinct, independent journalists are under constant threat from powerful people, ruling class. Since 2019, the BJP government has been trying to unleash a monstruous attack on democracy, attempting to annihilate the concept of lawful protest and the right to dissent.

The Modi government has used repressive laws on sedition, “state secrets” and “national security” to squelch freedom of expression and silence its critics. In 2020, the Modi government, according to the global watchdog, took advantage of the coronavirus crisis “to step up its control of news coverage by prosecuting journalists providing information at variance with the official position”.

Sedition charges, which the Editors Guild has objected to, are made against journalists, editors, and intellectuals for showing dissent against the government, even young activists are branded as terrorists. There is a gradual shrinking of the democratic footprint across the country. Since India has always been a melting pot of ideas and discourses, the decline of freedom of the press and democratic space is grave.

In World Press Freedom index 2021: India is placed abysmally at 142 of 180 countries evaluated –same as last year but down by 2 places compared with 2019. It means India is below 141 countries as far as freedom of the press is concerned. India remains “bad for journalism” and “one of the world’s most dangerous countries” for journalists.

Explaining the reasons for categorising India as “bad” for journalism and among dangerous countries for journalists, the report says Bharatiya Janata Party supporters and the Hindutva ideology have created an environment of intimidation for journalists who are critical of the government by labelling them as “anti-national” or “anti-state”. India shares the “bad” classification with Brazil, Mexico and Russia.

Indians who espouse Hindutva, the ideology that gave rise to radical right-wing Hindu nationalism, are trying to purge all manifestations of ‘anti-national’ thought from the public debate. The coordinated hate campaigns waged on social networks against journalists who dare to speak or write about subjects that annoy Hindutva followers are terrifying and include calls for the journalists concerned to be murdered”. RSF has highlighted that the “campaigns are particularly violent when the targets are women”. Further, it said that criminal prosecutions are meanwhile “often used to gag journalists critical of the authorities” with sections for sedition also used.

The decline in World Press Index is corroborated by decline in democracy index and other related indexes too. The US-based non-profit “Freedom House “downgraded India from a free democracy to a “partially free democracy. in its report titled “Autocratization Turns Viral.” V-Dem demoted India from being a democracy to an “electoral autocracy”. In the month of February 2021, India, described as a “flawed democracy”, slipped two places to 53rd position among 167 countries in the latest Democracy Index published by The Economist Intelligence Unit. During Modi’s regime, India’s global ranking slipped from 27th to 53rd.

In 2020, the government took advantage of the coronavirus crisis to step up its control of news coverage by prosecuting journalists providing information at variance with the official position. The situation is still very worrying in Kashmir, where reporters are often harassed by police and paramilitaries and must cope with utterly Orwellian content regulations, and where media outlets are liable to be closed, as was the case with the valley’s leading daily, the Kashmir Times.

The murders of journalists Rajdeo Ranjan in Bihar and Akhilesh Pratap Singh in Jharkhand within 24 hours of each other confirmed a 2015 international report that named India among the three most dangerous countries for media personnel after Iraq and Syria. The poor record is primarily because of an absence of any mechanism to protect journalists. The Press Council of India (PCI) is virtually toothless with its recommendations not binding on any authority.

In order to reap the full benefits of democracy, Amartya Sen has argued that it is crucial to have a free press that allows for the free flow of ideas. The free press helps a society decide which policies to pursue since these discussions lead to the direct consideration of the goals that society thinks are worthwhile. These discussions also shape a society, because they inform citizens how it might be best to pursue goals that are already settled on.

The award of this year’s Nobel Prize for Peace to two journalists who have practised free and independent journalism in despotic and authoritarian regimes is an affirmation of the fact that freedom begets peace and lack of freedom creates strife and turmoil. The Nobel award is an affirmation of journalism’s role today and a win for the idea of speaking truth to power. But, in India, very few dare to tell truth to power, or have the guts to ask questions to power.

The Norwegian Nobel Committee is convinced that freedom of expression and freedom of information help to ensure an informed public. These rights are crucial prerequisites for democracy and protection against war and conflict. The award of the Nobel Peace Prize to Maria Ressa and Dmitry Muratov is intended to underscore the importance of protecting and defending these fundamental rights. Without freedom of expression and freedom of the press, it will be difficult to successfully promote fraternity between nations, disarmament, and better world order to succeed in our time.