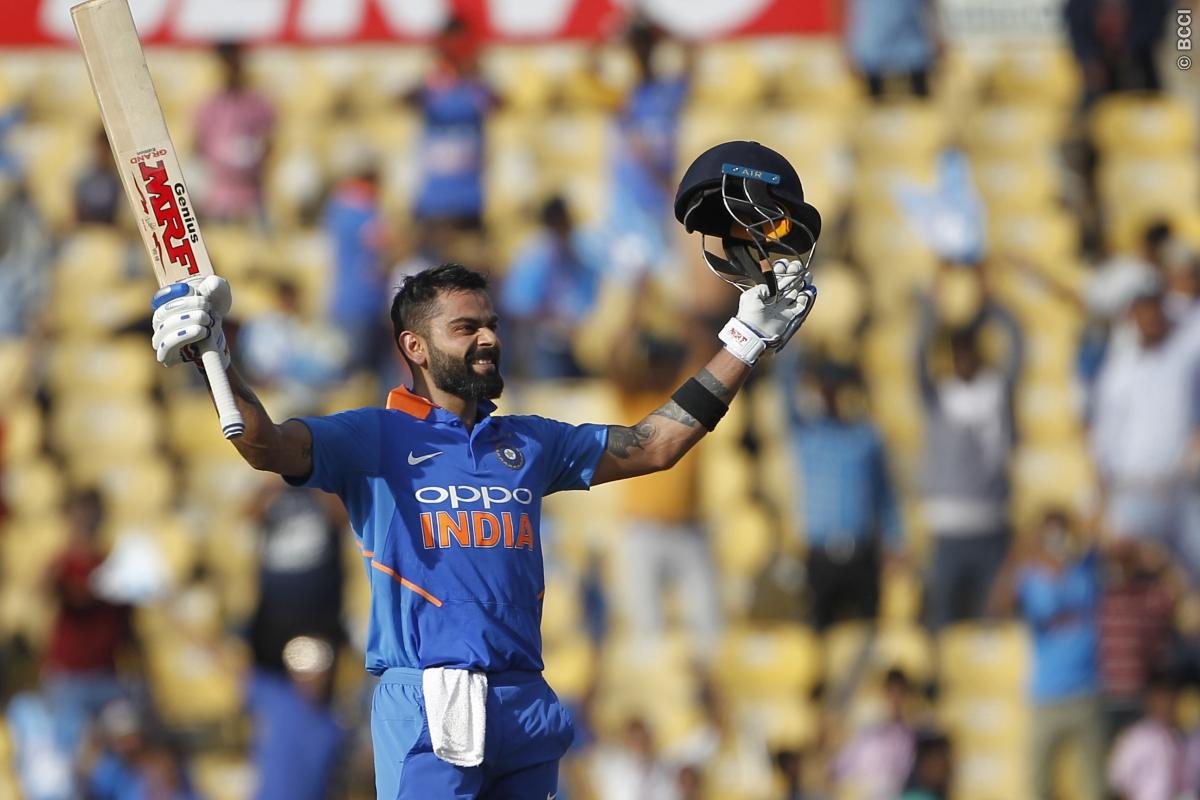 Nagpur: A brilliant century by skipper Virat Kohli and a disciplined bowling effort saw India defeat Australia by eight runs in the second One-Day International (ODI), here on Tuesday. India now have a 2-0 lead in the five-match series.

Watch: Virat Kohli shares emotional message after being retained by RCB for IPL 2022

Asked to bat first, the hosts were bowled out for 250 runs in 48.2 overs. Despite Kohli’s century and a disciplined innings from Vijay Shankar, most Indian batsmen failed to rise to the occasion.

Coming in to bat after Rohit Sharma was dismissed in the very first over, Kohli batted almost till the end, scoring 116 runs off 120 balls with 10 boundaries studding his patient innings.

Vijay scored 46 off 41 deliveries before being run out.

Put in to bat, India lost their first wicket in the opening over when opener Rohit Sharma (0) was sent packing by pacer Pat Cummins.

The fall of Rohit’s wicket brought Kohli. He along with Shikhar Dhawan (21) played sensibly but just when it seemed good, Dhawan was adjudged leg before wicket off part-time spinner Glenn Maxwell in the ninth over with scoreboard reading 38 runs.

New batsman Ambati Rayudu (18) also failed this time and was dismissed in the 17th over by experienced spinner Nathon Lyon.

Kohli and Vijay then joined hands and forged a crucial 81-run partnership to stabilise the innings.

The duo hammered the Australian bowlers all around the park before Vijay was run out by Adam Zampa in the 29th over. Vijay played 41 balls and slammed five boundaries and one six.

The middle order, comprising Kedar Jadhav (11), Mahendra Singh Dhoni (0) and Ravindra Jadeja (21), failed. But Kohli completed his century before getting out in the 48th over by Cummins.

Tail-enders Kuldeep Yadav (3), Mohammad Shami (2 not out) and Jasprit Bumrah (0) could not add much to the score.

The Australian chase was off to a promising start with Aaron Finch and Usman Khawaja putting together an 83-run opening partnership.

The visitors, however, lost their way after that as they lost wickets at regular intervals.

Left-arm wrist spinner Kuldeep Yadav was the most successful among the Indian bowlers with figures of 3/54 in his 10 overs. Shankar and Jarprit Bumrah claimed two wickets each.

David Warner reacts after being released by Sunrisers Hyderabad for IPL 2022;…