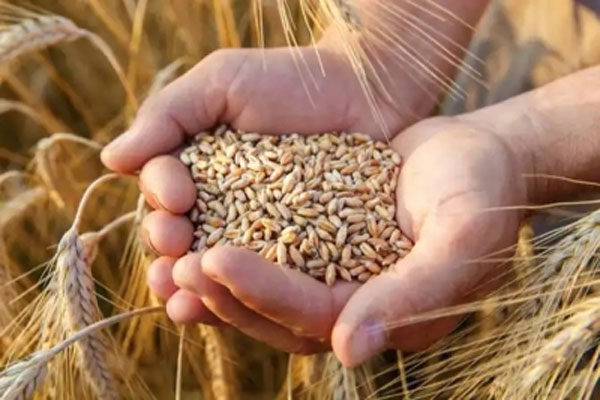 Futures traded in Chicago rose as much as 5.9 per cent to $12.47 a bushel, their highest level in two months, Financial Times reported.

Wheat prices have risen more than 60 per cent this year, driven up by disruption from Russia’s invasion of Ukraine.

The two European countries account for almost a third of the world’s wheat exports.

India, the world’s second-biggest wheat producer after China, had filled a gap in markets left by decreased output from Ukraine thanks in part to a bumper harvest of 7 million tonnes last year, even as inclement weather reduced the crops of other big exporters.

But after denying it would halt exports, India reversed course over the weekend after domestic inflation surged to the highest level in eight years on the back of rising food prices, the Financial Times reported.

New Delhi said it was introducing the ban, with some exceptions, “in order to manage the overall food security of the country and to support the needs of the neighbouring and other vulnerable countries”.

“It just exacerbates the food shortage risk, particularly for developing nations and those historically dependent on foodstuffs out of that region,” said Robert Rennie, global head of market strategy at Australian bank Westpac.

The sudden shift followed two months of searing heatwaves in India, with temperatures of up to 45 degrees Celsius across swaths of the wheat belt.

Relief from the annual monsoon season could still be weeks away. Soaring food and fuel prices also prompted the Reserve Bank of India to raise interest rates this month for the first time in four years.

Tobin Gorey, director of agricultural strategy at Commonwealth Bank of Australia, said the wheat export ban would be a “shape shifter” for global markets.

“The trade will likely need to replace at least some Indian wheat in the pipeline. We suspect that will create an initial flurry of trading but the market will take some time to assess the details,” the Financial Times quoted Gorey as saying.

The export ban was announced just days after the US Department of Agriculture forecast that global wheat production would drop for the first time in four years in 2022-23.

The World Food Programme said this month that the war in Ukraine had exposed the fragility of global supply chains to sudden shocks, with serious consequences for food security.

Westpac’s Rennie said the impact of the ban was likely to hit developing markets in Africa and the Middle East the hardest, as the developed world moved to shore up supply.

“It’s the humanitarian issues that are developing which, unfortunately, I think we should be more focused on,” he said.

Is oestrogen behind women surviving from Covid more than men?