India has no plan to change ‘forest cover’ definition 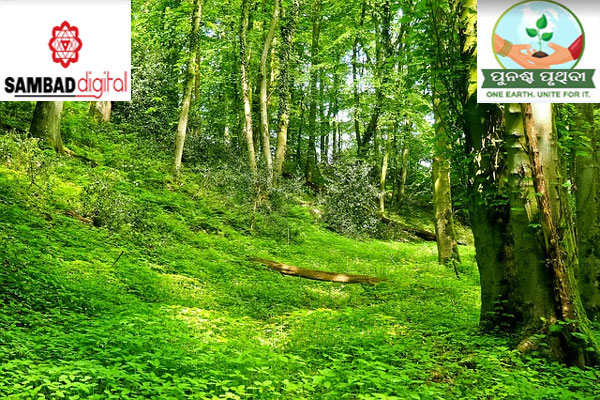 Bhubaneswar: There is no plan at present to change the definition of forest cover in India, the 10th largest country by forest area in the world.

Replying to MP Vandana Chavan’s question, the minister said that the Forest area refers to the area recorded as forest in government records. The definition of forest cover described in India State of Forest Report (ISFR) is true.

The parliamentarian had asked, “If the government is aware that the current definition of ‘forest cover’ in the ISFR does not differentiate between natural forests and plantations, thereby providing an incomplete picture of the status of forests, whether the ISFR used ancillary field datasets to define ‘very dense’ forests and also, whether the government planned to change the definition of forest cover and very dense forests to better reflect country’s actual forest cover.”

Responding to the query, Choubey said that the definition of forest has been taken on the basis of three criteria as per the decision under Kyoto Protocol and very well accepted by United Nations Framework Convention on Climate Change (UNFCCC) and Food and Agriculture Organization (FAO) for their reporting or communications.

“The forest cover is defined as ‘all land, more than one hectare in area, with a tree canopy density of more than 10 per cent irrespective of ownership and legal status. Such land may not necessarily be a recorded forest area. It also includes orchards, bamboo and palm’,” the minister told the Rajya Sabha.

On the other hand, the interpretation of satellite data for classifying ‘Very Dense Forest’ (VDF) is also supported by the ancillary data such as — field inventory data of Forest Survey of India (FSI), ground truthing data and high-resolution satellite imagery — wherever required, the minister added.

Forest cover comprises all lands, more than one hectare in area, with a tree canopy density of more than 10%, irrespective of ownership and legal status. Such lands may not necessarily be a recorded forest area, and also include orchards, bamboo, and palm plantations.