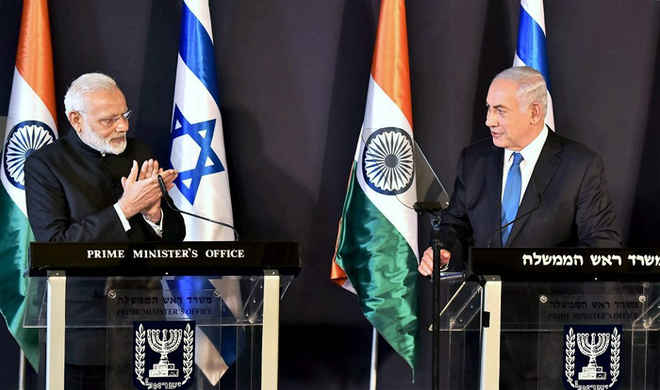 Jerusalem: India and Israel on Wednesday agreed to establish a “Strategic Partnership in Water and Agriculture” that will focus, among other areas, water conservation and reuse of water for agriculture.

“Recognising its centrality for development, India and Israel agreed to establish a ‘Strategic Partnership in Water and Agriculture’,” read a joint statement issued after the delegation-level talks headed by Prime Minister Narendra Modi and his Israeli counterpart Benjamin Netanyahu.

“This will focus on water conservation, waste-water treatment and its reuse for agriculture, desalination, water utility reforms, and the cleaning of the Ganga and other rivers using advanced water technologies,” it stated.

According to the statement, the partnership will also include the reinforcement and expansion of the existing centres of excellence in agriculture set up by Israel in India under the stewardship of the Israeli Ministry of Foreign Affairs’ Agency for International Development Cooperation (Mashav) and the Indian Ministry of Agriculture to promote commercially viable business models involving farmer producer organizations (FPOs); the provision of quality planting material; and the transfer of post-harvest technical know-how and market linkages involving the private sector through PPP, B2B & other models.

“The two leaders also agreed on the establishment of a joint working group to steer this partnership,” it said.

Following Wednesday’s talks, the two sides signed two agreements on water management and one on agriculture.(IANS)