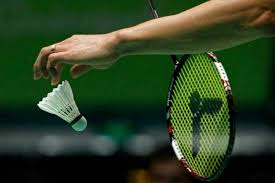 India failed to breach the Chinese wall and went down to the top seed nation 0-3 in the quarter-finals of the Sudirman Cup mixed team badminton championship here on Friday.

India lost the first three matches of the tie and as a result the last two matches of Rio Olympics Gold medallist P.V. Sindhu and the women’s doubles match of Ashwini Ponnappa and N. Sikki Reddy were treated as dead rubbers.

The first match of the mixed doubles pair category saw some initial fight from Ponnappa and Satwiksairaj Ranikireddy. But as the match progressed, Lu Kai and Huang Yaqiong proved superior to the Indians and won 16-21, 21-13, 21-16 to take a 1-0 lead.

Although the Indian pair managed to stretch the match to the third set, they failed to cross the last hurdle.

In the men’s singles category, it was a bad day for Kidambi Srikanth as the Hyderabadi shuttler was outplayed by the reigning Olympic champion and two-time World champion Chen Long 16-21, 17-21 in a match which lasted 48 minutes.

Srikanth never looked in the contention against Long and was outplayed in every department of the game.

Trailing 0-2, for India the men’s doubles match was a do-or-die affair. But it was an uphill task for Satwiksairaj Rankireddy and Chirag Shetty against Fu Haifeng and Zhang Nan.

It was a cake walk for the experienced Chinese pair as they comfortably defeated the Indian pair 21-9, 21-11 inside 30 minutes to enable China enter the semi-finals of the tournament.

Sindhu, meanwhile, stated that irrespective of the defeat, the team put up an “amazing show by reaching the knockouts”.

“End of sudirman cup…though we lost in the quarterfinals to china it was an amazing show by team India ….never mind guys let’s come back even more stronger. #sudirmancup#quaterfinals#goldcoast#teamindia#awesomeplace,” she posted on Instagram.

In other quarter-finals of the day, Japan beat Malaysia 3-1 to set-up a semi-final against China on Saturday. South Korea will take on Malaysia in the other last-four stage tie. (IANS)