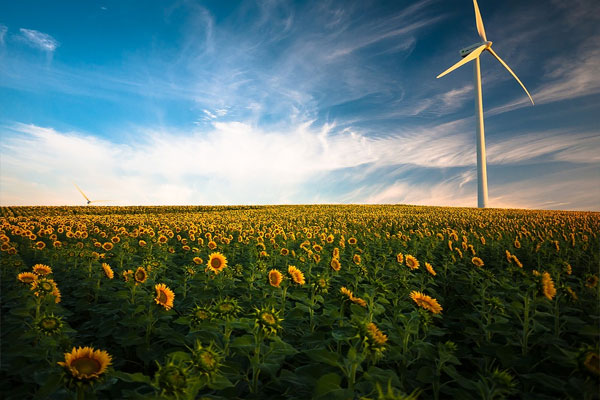 New Delhi:  India would need to generate at least 83 percent of its electricity from (non-hydro power) renewable energy sources by 2050, if it were to commit to achieving net-zero greenhouse gas emissions by mid-century, according to an independent study released on Monday by the Council on Energy, Environment and Water (CEEW).

These estimates are based on CEEW’s best understanding of progress on mitigation technologies. To meet net-zero, India would need to either completely eliminate greenhouse gas (GHG) emissions, or balance these by sequestering GHG emissions.

The CEEW study is the first exercise to outline multiple pathways for India to attain net-zero emissions, rather than fixating on a single scenario or a single year. It highlighted that India would need to reach peak emissions within this decade if it were to achieve net-zero emissions by mid-century, a pace of transition unlike anything the world has seen before. This would give India an extremely narrow window to ensure a smooth and equitable transition from a peaking year to a net-zero year.

Advanced economies, including China, Japan, the UK, and the US, will have taken at least 30, and at times well over 40 years for this transition. Advanced economies peaked emissions at much higher levels of development, slower rates of growth and would have had longer transition periods.

Vaibhav Chaturvedi, Fellow, CEEW, and author of the study, said, “Our first-of-its-kind analysis is intended to provide policymakers with different options in making a critical decision for India’s future. We find that India would need to undergo a double transition, through faster electrification of sectors and an increasing share of renewables in power generation, if it were to announce an ambitious net-zero target. Policymakers would also need to identify manufacturing sectors where electricity could replace fossil fuels. Reducing the cost of electricity to make it competitive would be equally critical. Finally, the rate of decline in India’s emission intensity of primary energy would have to be ramped up drastically to peak within the coming two decades.”

Arunabha Ghosh, CEO, CEEW, said, “India has already demonstrated climate leadership and is the only G20 nation on track to surpass its Paris Agreement targets. However, if India were to announce a net-zero target, it must choose a year that not only minimizes climate impacts but also gives it enough space to develop. Achieving net-zero emissions by 2050 or 2060 would need rapid systemic changes across all sectors and sections of society. This, in turn, would require significant international financial investments and technological transfer from or technology co-development with the developed world.

“It would be equally important for India to closely examine trade-offs such as increasing cost of household electricity, increasing railways passenger fares, fiscal challenges for coal-dependent states, job losses for over half a million coal mining workers, and the shifting geopolitics around energy trade and the energy transition before announcing its net-zero targets. We need an informed debate based on analytics, not just heuristics.”

The CEEW study explains why India’s case is different from the net-zero pathways of China, the EU, Japan, the UK and the US. First, the per capita emissions for all other economies in their respective peaking years would be much higher than India’s, even if India were to peak in 2050. Secondly, India’s real GDP growth rate would be much higher than any other country post their peaking years. This indicates that India would need to put in significantly more effort to peak and subsequently reduce emissions. Thirdly, India would have a much lower per capita income to support the transition, even if it began the post-peak transition in 2050, let alone 2030.

According to the World Bank, India’s per capita carbon dioxide emissions stood at 1.82 CO2 in 2016, much lower than the global average of 4.55 CO2.