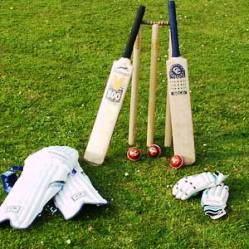 The third One-Day International (ODI) between India and New Zealand, scheduled to be held on October 1 at the Ferozeshah Kotla stadium here, was on Thursday postponed by a day due to the Karva Chauth festival.

Delhi and District Cricket Association (DDCA) vice president C.K. Khanna confirmed the development. DDCA requested the Board of Control for Cricket in India (BCCI) to push the match behind by a day and the national governing body accepted the request.

“I requested BCCI to postpone the match due to Karva Chauth which was agreed. Now instead of October 19 the match will take place on October 20,” C.K. Khanna told IANS on Thursday.

The first Test begins on September 22 in Kanpur. The first ODI is on October 16 in Dharamsala.

Ferozeshah Kotla will also host a warm-up fixture for New Zealand when the visitors take on Board President’s XI from September 16-18. (IANS)